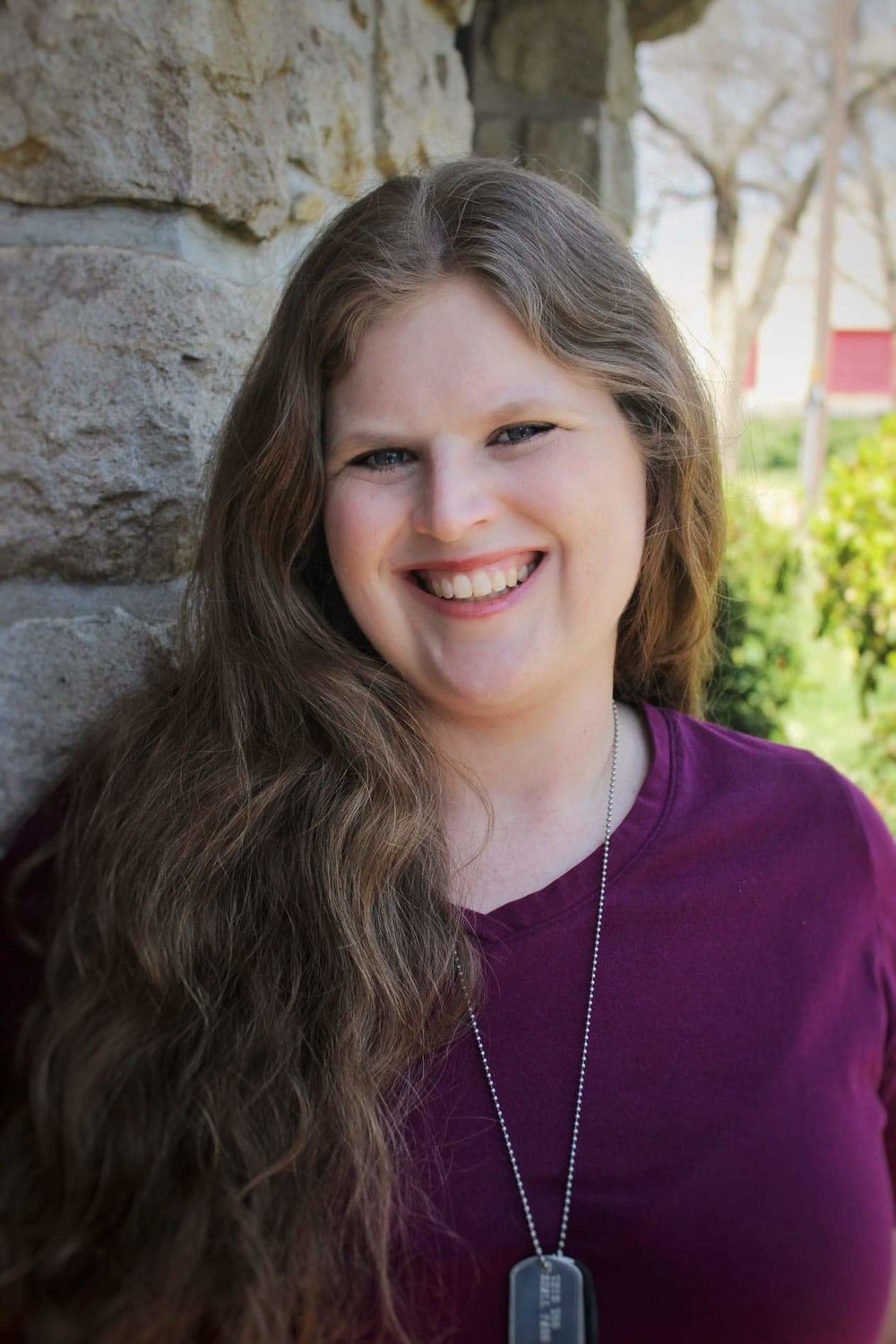 PITTSBURG, Kan. — When you hear that Dana Michael is interested in Egyptology, you might be forgiven for thinking she was inspired by daring adventures excavating mummies from ancient pyramids, but she says she’s in it for the story, not for the adventure.

In fact, she’s perfectly happy to do her research above ground in a nice air-conditioned library. But that doesn’t make her passion for history any less real.

“It’s my mom’s fault I got interested in history,” Michael said. Her mother worked at an eye doctor’s office, and little Michael would hang out there while her mother finished up work. She discovered National Geographic magazine in the waiting room.

From that early introduction, her interest grew. “It was never just words in a book for me like it is for so many kids,” she said. History was about stories, and stories were about real people. And that fascinated her.

She said that, as a child, she had thought about becoming a lawyer. Her other interest is crime drama; she loves to read mysteries and solve puzzles. She was inspired to become a lawyer by the television series Law and Order, but she said she soon realized it wasn’t like that in real life.

“I realized I love history and I want to make it my life. It was a pretty easy career pivot,” she said.

Michael’s day job is as office manager for a local dentist, but she gets her history groove on by teaching as an adjunct professor at Allen County Community College, where she hopes someday to be a full-time instructor. She has also taught a few classes at Pittsburg State University, but she is an alumna of ACCC, so that’s where her heart lies.

“I keep hoping that Allen will say, ‘Hey, do you want to work here full-time,’ and I’ll say yes,” she said.

One of the things she likes about it is that she gets to teach a variety of classes, from American history to world history.

She especially likes the variety, because, she says, her advisor during her master’s degree program at Pittsburg State insisted that she had to pick a topic for her thesis.

“You can very much see from my transcripts that I didn’t want to specialize,” she said.

Her thesis ended up being about Hellenistic and Roman Egypt, “and that’s because Dr. Harmon made me choose,” she said.

“He put up with a lot from me,” Michael said. “I remember telling him, ‘I just don’t like this chapter. I want to scrap it all and start over.’”

The eventual thesis title is “Religion and Philosophy in Hellenistic and Roman Egypt.” It covers the rule of Alexander the Great through the development of Christianity and the monastic movement in Egypt.

“We picked that area because it seemed to have more room for scholarship available,” Michael said. “It seemed like there might be more opportunities at the time.”

She even researched the ways Christian church design is inspired by Egyptian architecture, but she said ruefully, “I couldn’t figure out how to work it in.”

One of the attractions of Egypt, she says, is its influence. “Egypt gets conquered, but never quite subsumed,” she said. “You can conquer us, but you’re still going to do things our way.”

When she finished her master’s degree, Michael had considered applying for a Ph.D. program in Scotland, as her advisor urged.

But in 2017, her sister died. To this day, Michael is never without a charm she had made to honor her sister.

“I just couldn’t be that far away right now,” Michael said. “I’ve still got the idea that I might write my book about religion.”

The book would look at a variety of world religions, and compare and contrast all the pagan religions. “It’s all the same diamond, just different facets,” she said.

The Ph.D. is still something she might do someday too, she said. More and more institutions are offering Ph.D. programs online since COVID-19 hit, which gives her a new opportunity. Before COVID-19, her professors generally discouraged her from online study.

She said she is still researching, because she enjoys it, and she is trying to keep up on her foreign languages so she can continue. She speaks some French, which would be her primary research language, as well as some German and a “smattering” of Spanish. “Hardly worth mentioning,” she said.

Meanwhile, she enjoys teaching, something she’s done since she earned her M.A. in 2013. Right now she is teaching online, which is convenient for her schedule, but she does enjoy classroom teaching.

For Michael, the best part is “just that I’m teaching,” she said. But she also likes her day job. “At this point, I’m not turning my office over to anybody,” she says of the dental clinic. However, when her dentist retires, “someday,” she says, she is thinking about applying to teach full-time at a private school.

Whatever she does in the history field, she wants to keep teaching, inspiring students the way her professors have inspired her.

“I like changing kids’ minds about history,” she said. “The best comment I ever had was from a student who said, ‘I hate history. I’ve dropped it three times, but somehow this has become my favorite class.’”

Michael said, “It felt good when they would tell me ‘I might not love it, but I don’t hate it the way I used to.’”

Her long-term goal is also inspired by one of her long-time teachers, Judith Shaw, who retired from PSU after 50 years in the classroom.

“I’d kind of like to be Mrs. Shaw,” Michael said. “She just sat on the desk and told you a story. I took as many classes from her as I could. I only saw her use notes in two of them.”

One of those, Michael recalled, was Irish history, and Shaw referred to her notes only to spell and pronounce Irish Gaelic.

But, Michael added, “If you’re talking about full-on dream job, I want to be a history education TV show host. I would never have to specialize. I’d get to go to all the places.”