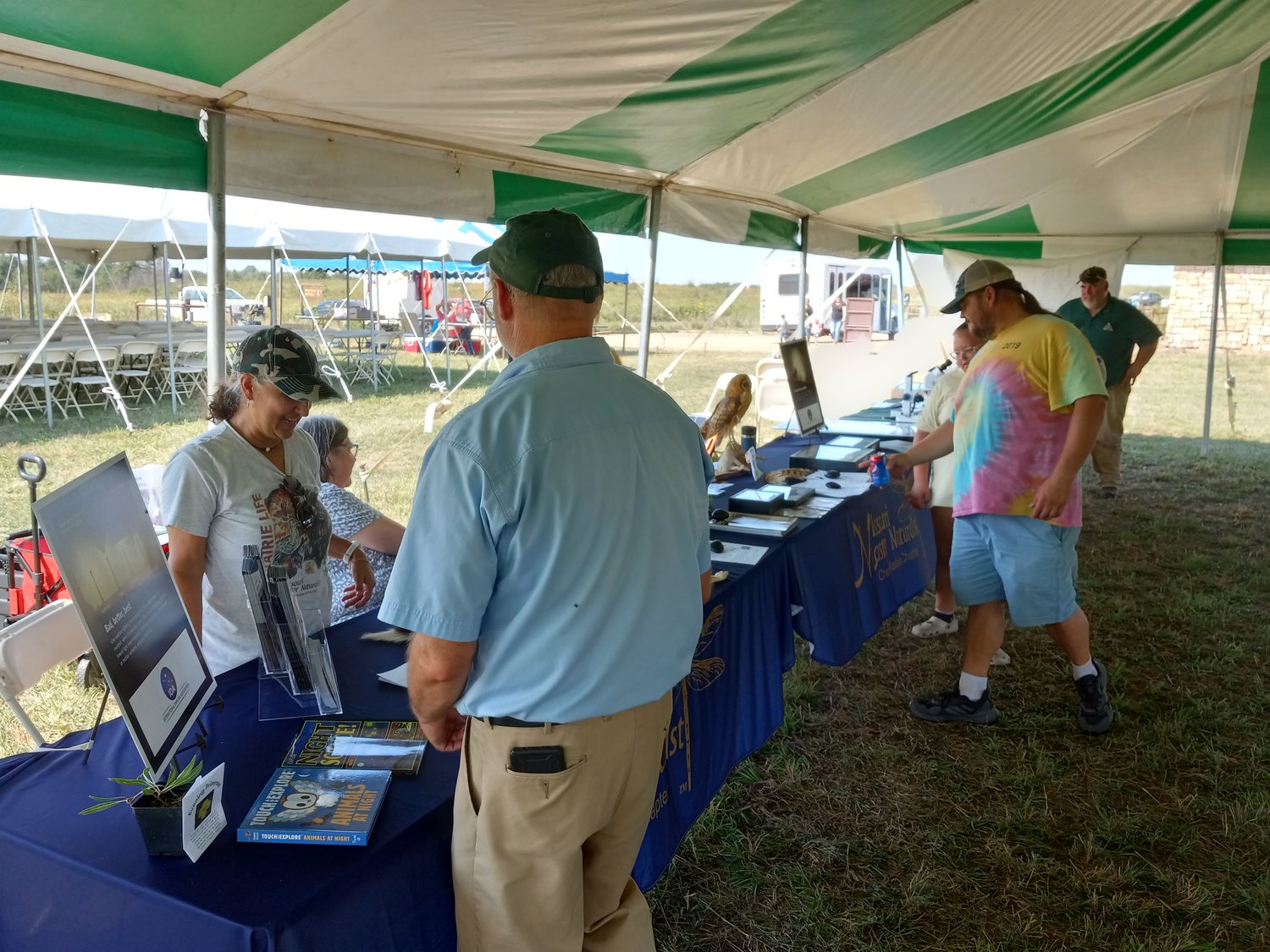 Exhibitors at the annual Prairie Jubilee on Saturday included several providing information about the wildlife of the tallgrass prairie ecosystem.
JONATHAN RILEY / THE MORNING SUN 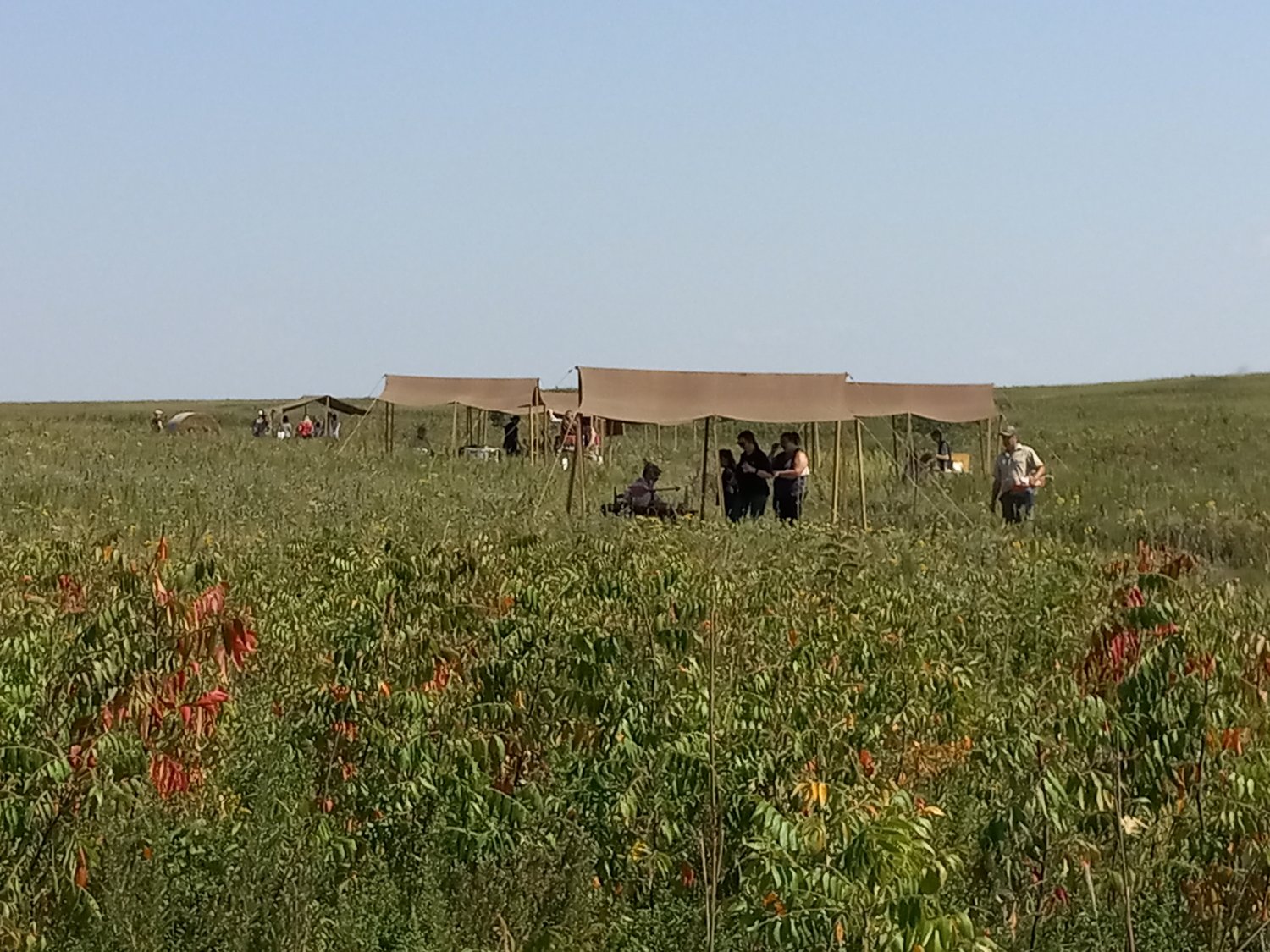 The Prairie Jubilee event on Saturday included a short walking trail through the tallgrass prairie where attendees could participate in various activities and visit informational stations.
JONATHAN RILEY / THE MORNING SUN 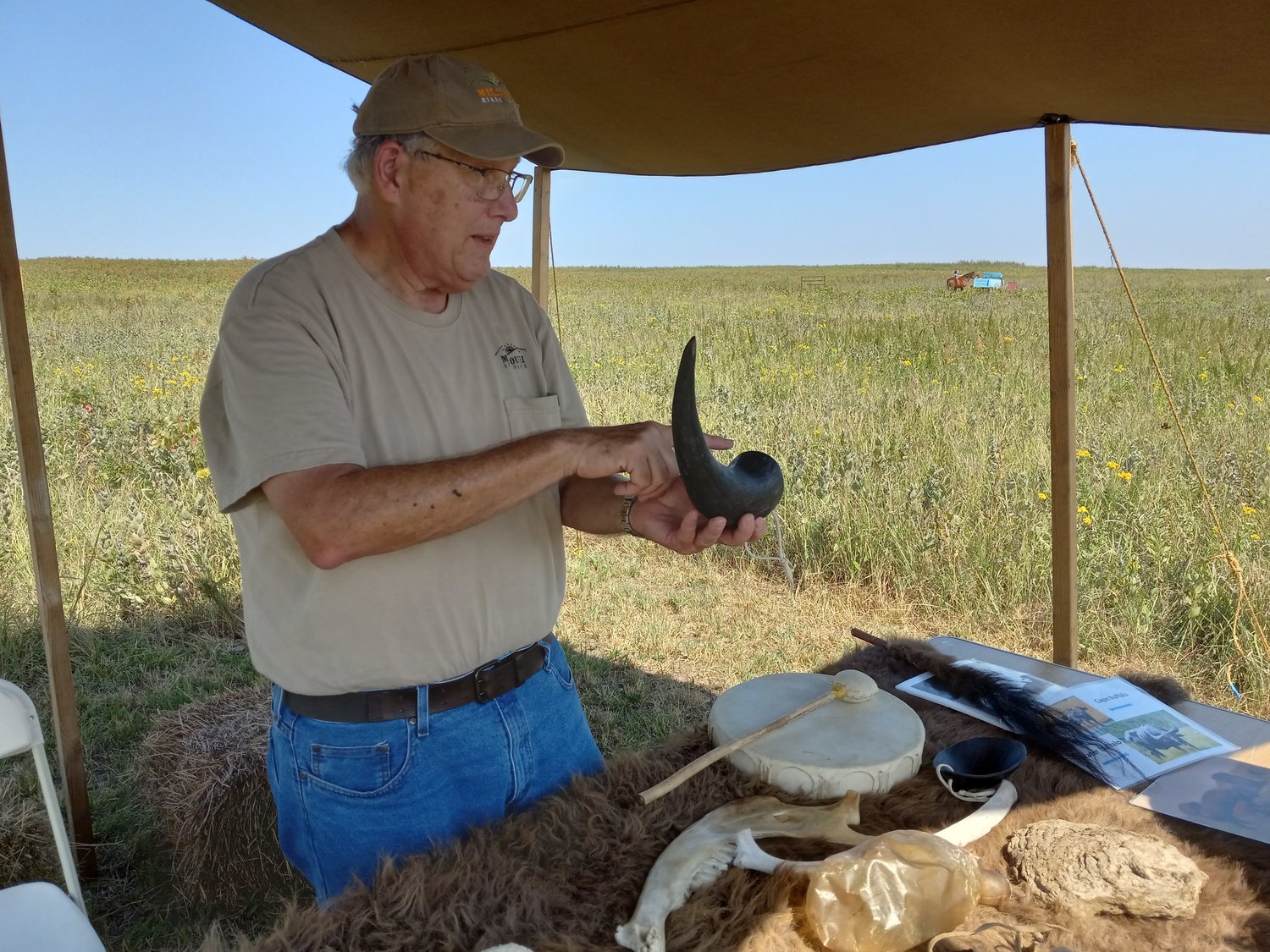 MINDENMINES, Mo. — Naturalists, historical reenactors, and even magicians were on hand Saturday for the 2022 Prairie Jubilee at Prairie State Park near Mindenmines, Missouri. The event gave attendees the chance to not only learn about the tallgrass prairie ecosystem, but also to experience it for themselves.

“It appears like there is a lot, but it is a rare habitat,” said Jeff Cantrell, conservation educator with the Missouri Department of Conservation. Although tallgrass prairies once covered more than a third of the state of Missouri, today less than one percent of that remains. “And most states have far less than that,” Cantrell said, “so it’s one of the most endangered habitats in the world, tallgrass prairie.”

Other attendees at the Prairie Jubilee with educational materials to offer the public included Rocky Naff, who was raising awareness about another kind of endangered environment — places where it gets dark enough to see the stars at night.

Naff was at Saturday’s event representing the Missouri Master Naturalist program and the International Dark Sky Association. His table included taxidermy animals on display, such as bats, moths, and an owl, as well as informational pamphlets and coloring activities for children.

“Our theme is the night shift, how lighting affects wildlife in general,” Naff said. “We’re not about doing away with light, we just want the right light in the right places at the right times.”

Naff noted that light pollution is a problem not only in America, but internationally, and said he plans to attend the 2nd Annual Conference of the Missouri Chapter of the International Dark Sky Association, which starts Oct. 30 at the Johnson County Community College Center for Sustainability in Overland Park.

“They’re going to have presenters from actually all over the world coming and talking about it,” he said. “And it truly is an international organization, there’s been a lot of people especially from Asia — Singapore, Malaysia, Korea — they all understand the impact of too much light and they’re trying to do something about it also.”

Other presenters at the Prairie Jubilee included “The Instars” who hosted “walk about magic shows” and “butterfly magic” activities for kids, as well as Galen Ewing, seasonal park naturalist, who spent Saturday demonstrating ways that the Osage traditionally used various parts of the bison they hunted. Examples that Ewing had on hand to show children included a drum made from bison hide, a powder container made from the animal’s horn, and a ceremonial necklace made from bison toenails. Ewing said his exhibit got a positive response from kids attending the event.

“They’re enthused, I mean they’re really excited I think about all the different items they got to see here. Not only here, but also at the other different stations,” he said, adding, however, that his demonstration was a popular one. “They’re really interested in the bison, the Walmart of the prairie,” Ewing said.

Guests who said they were glad they attended Saturday’s event included Carolyn Schroeder of Arma and her granddaughter Gracious Schroeder, who is in fourth grade. Gracious said her favorite activity was getting to use an atlatl, or spear-thrower.

“There was a game with like a ring and sticks, and you had to throw it with the sticks, and that was probably my favorite one,” she said.

Both Gracious and Carolyn Schroeder said they hoped to return to Prairie State Park for next year’s Jubilee.

“I would like to come back, and I’ll bring my granddaughters from Springfield, because I’m going to move that way,” Carolyn Schroeder said, “and maybe we can make a date and meet in the middle.”