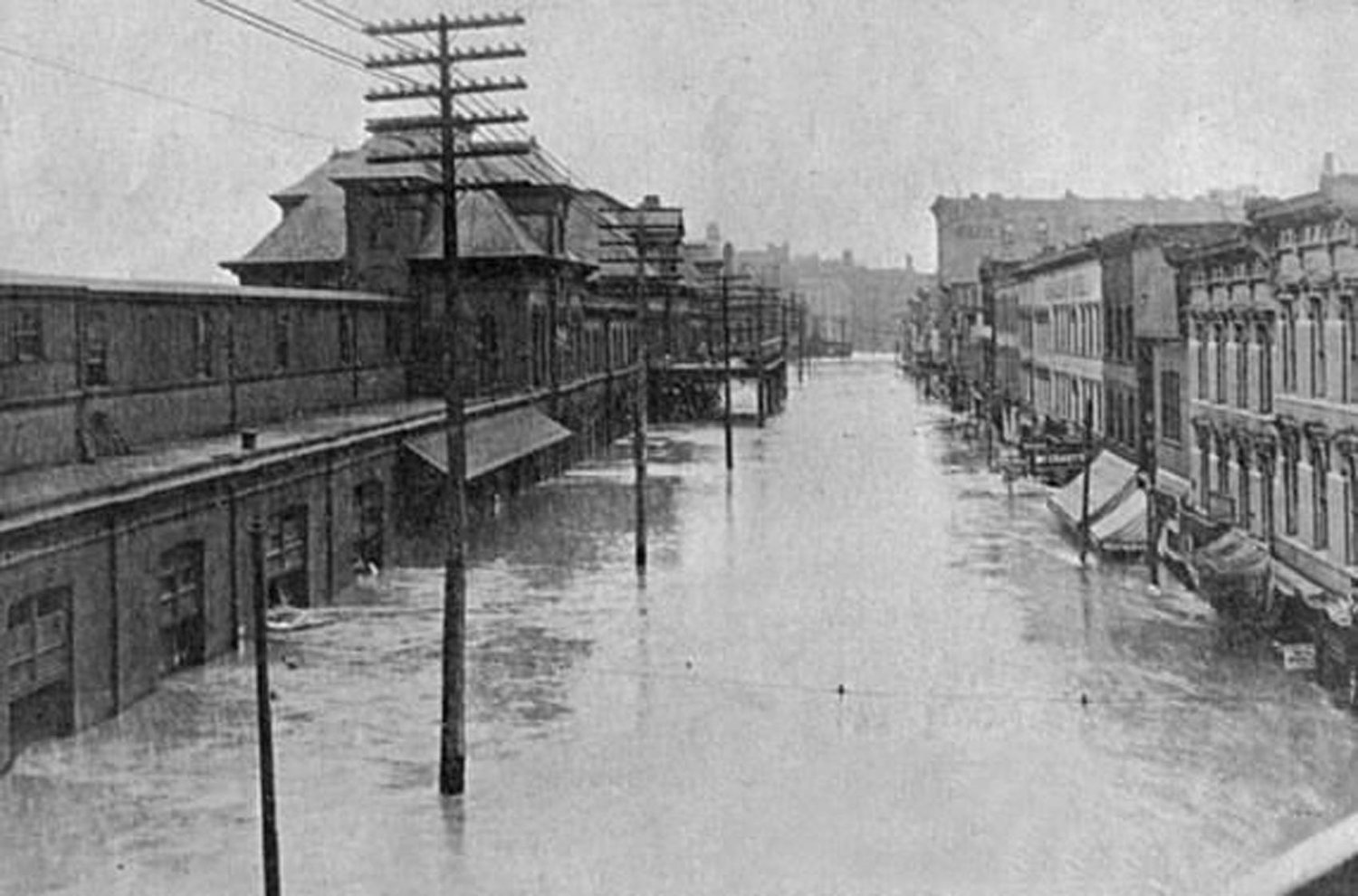 This week’s chronicle, submitted by Bill Lavery, is about his great-grandfather, Michael Joseph Lavery, who was born in 1867. — J.T.K.

In 1903, Mike Lavery and his Big Green Band of Frontenac were hired to perform for the opening day for the new season at Kansas City’s Electric Park in the East Bottoms. He not only played the cornet but he was also the band manager and promoter.

The Ferd Heim Brewery Co. had just opened this amusement park, Kansas City's first, in 1900 and it was an immediate success, drawing 20,000 patrons per day on weekends.

The Santa Fe Railroad put together a special promotional “excursion” for the event.  They had 14 cars leaving from Pittsburg Sunday morning, May 31, 1903 traveling non-stop to arrive in Kansas City early afternoon.

What was to be a tremendous opportunity for the Big Green Band turned into a matter of survival in just a few hours.

Some back-story is needed here. The entire Midwest had experienced an unusually wet spring. There were record rainfalls in April and the beginning of May. Then northern Kansas finished May with rain every day for two weeks. All the rivers and tributaries were full but none so much as the Kansas River Basin.

Salina received the largest amount of rain for the month at more than 17 inches. By May 26, water covered the north and west portions of the city, with rivers still rising. Topeka was flooded on May 29 with dozens of deaths. There was no way to predict how this would affect river towns downstream.

As it turns out, the flood surge hit Lawrence just as Mike’s train pulled out of Pittsburg.  They arrived at Olathe at noon and learned that the Santa Fe tracks were flooded and their train has to switch to the Frisco tracks.

At the very same hour the waters of the Kansas River collided with the already swollen Missouri River at their confluence and had nowhere to go. The Kansas River started to overflow its banks and is lapping at the platforms of Union Depot in the West Bottoms.

Within hours the station was covered by six to ten feet of water. (Because of this 1903 flood and another minor flood in 1908, plans were initiated to eventually relocate the city's main station. Union Station would open in 1914.)

By the time the Santa Fe got to Rosedale the situation had deteriorated and the train could not proceed, forcing all the passengers to disembark and continue their journey on foot. The city was without electricity and transportation was shut down. Overnight the scenario repeats at the East Bottoms, the location of Electric Park. (Despite all the destruction at the park it reopened for business in just 28 days.)

Several of the Pittsburg excursionists stayed over in Kansas City to see the excitement – flooding, fires, no streetcars, no street lights, supply shortages, and rampant crime. The Third Missouri Militia was called in to patrol and streetcar employees were deputized as extra policemen.

Many excursionists stayed over to seek work after the floodwaters receded.