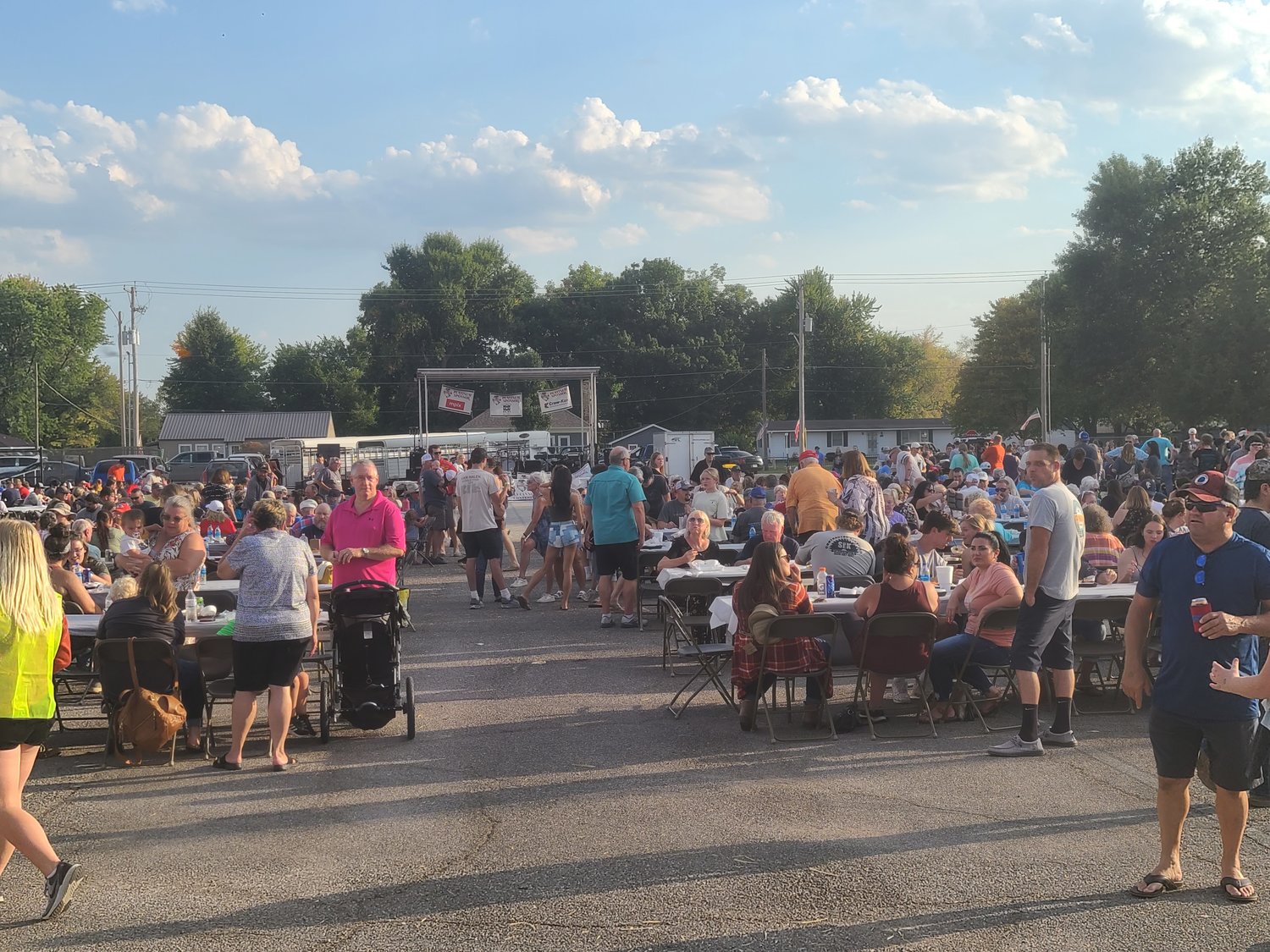 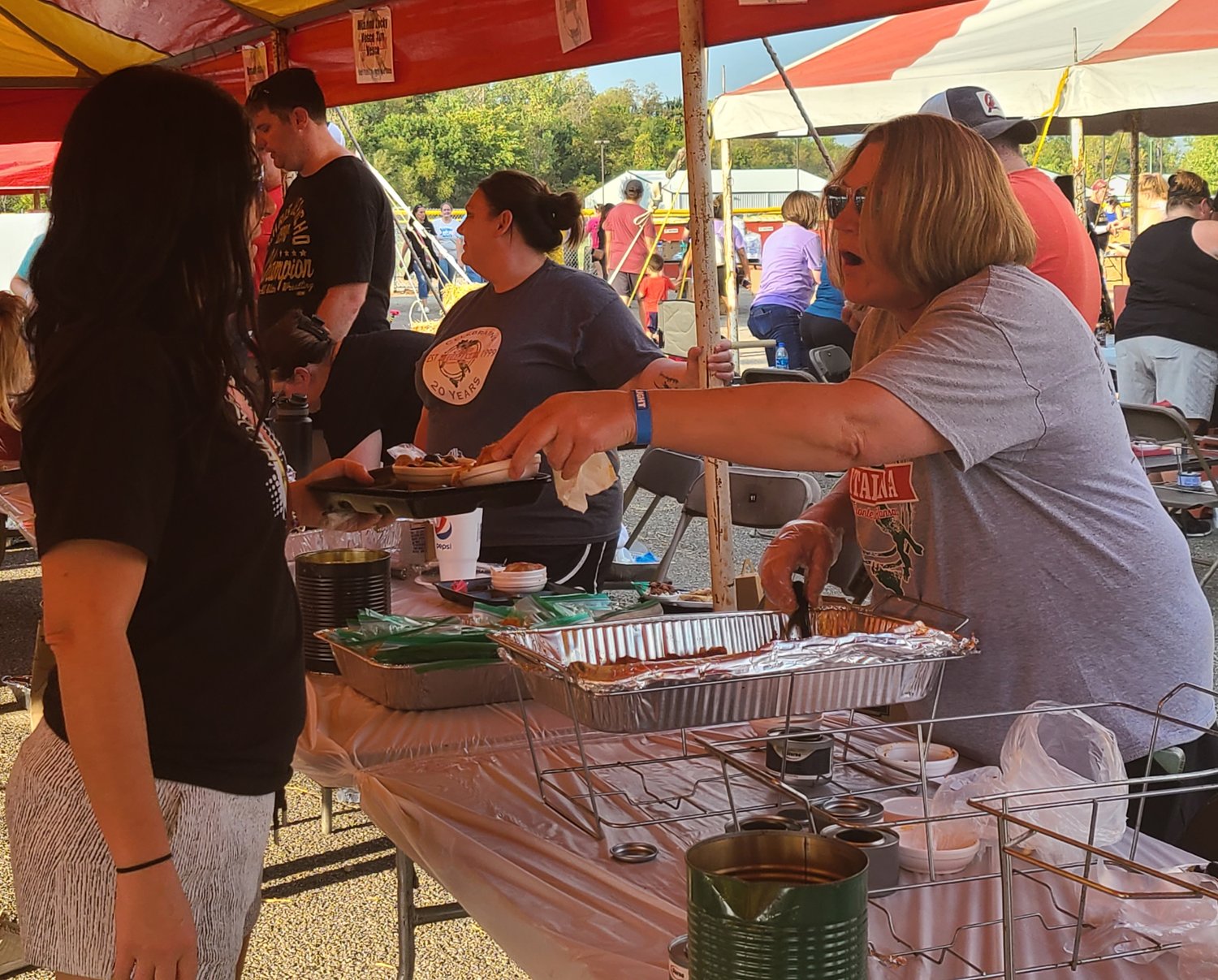 Janelle Pyle, one of the volunteer cooks, serves pasta at the annual Festa Italiana on Saturday.
ANTJEA WOLFF / THE MORNING SUN
Previous Next
Posted Tuesday, September 27, 2022 10:00 am
By Antjea Wolff / awolff@morningsun.net

FRONTENAC, Kan. — The Raider Sports Complex was once again swarmed with hundreds of hungry patrons all eager to devour delicious food at the annual Festa Italiana this past Saturday.

Festa Italiana, or simply Festa, as it is often known, has been the primary annual fundraiser for the Frontenac Education Foundation for the past 23 years. The money raised during the event goes entirely toward the Frontenac Schools as well as scholarships for the students.

During the event, attendees purchased booklets of tickets at five tickets for $10, and proceeded to give one ticket per sample-sized portion of the food of their choosing. Several tents were filled with cooks, who were all volunteers, serving a variety of different foods such as pastas, sausage, fried chicken, barbecue, mini pies, cakes, and much more.

Attendee Allyson Bence said her favorite was the Zafutas’ manicotti and the caramel brownies.

“It did not disappoint,” she said about the event. “I love being able to try various Italian foods that I may not typically try at a restaurant.”

The event began at 5 p.m. and within an hour, over half of the food being served was gone.

In addition to the huge spread of food, the event also included a silent auction called Mario’s Market as well as a live auction and raffles. Entertainment was provided by dancers from The Dance Pitt, YMCA Dancers, BTC Athletics and Dance, and Frontenac High School dancers. Live music was also performed by country-rock band Copperhead.

Volunteers who were assisting during the event included many Frontenac students, who completed tasks such as selling tickers, picking up trash, cleaning off tables, and helping serve food. Many of the volunteer cooks have been participating in the event for years.

One of the cooks, Janelle Pyle, has been participating in Festa for 16 years. She has two daughters, one of which graduated from Frontenac High School last year. The other is set to graduate this year.

“It’s a great community event,” Pyle said of Festa. “It brings everyone together, and it’s a fun time.”