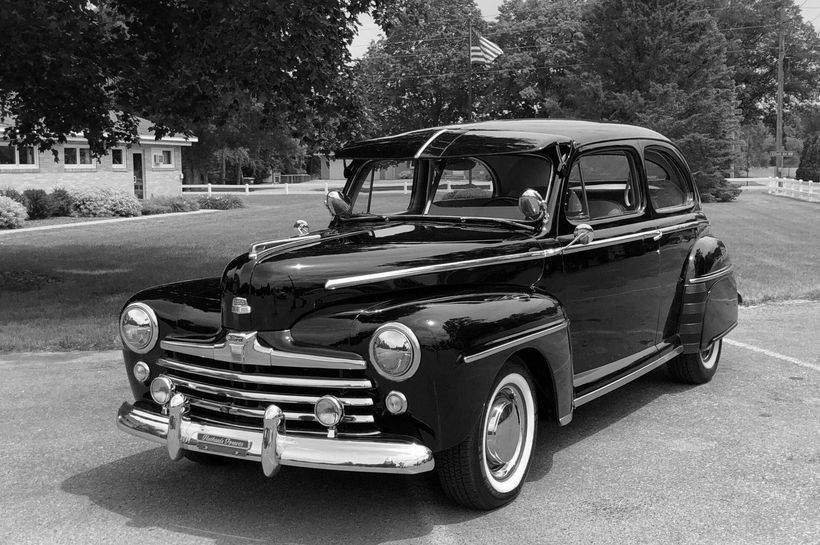 Here’s the excerpt from “Frogdancer,” the autobiography by former Arma native Frank Louis Jeler Jr. that continues some boyhood adventures with his brother, Gary. Again, I identify with Gary as I once quoted my older brother John’s flowery language and got some horrified looks. — J.T.K.

Somewhere around 1952, our stepmother, Nell, developed a habit of spanking Gary. She was using a piece of broomstick, which was about three feet long. As you can imagine, that sort of device was quite stiff and lethal.

After one punishment session, I figured that this had gone way beyond a spanking and was now a beating. When she had finished, she put down this stick/club and was walking away. I grabbed it up, gave it my best homerun swing and laid it right across her butt.

She almost went into shock, her eyes rolling back and trying to catch her breath. When she finally recovered, she screamed at me saying, “What do you think you’re doing?”

I told her that I wanted her to know what that felt like. As soon as my dad got home from the mine, she met him at the car. I can imagine what she was telling him. He came into the house and asked why I did that. I told him the same thing that I told her. He sent me to the bedroom. I wasn’t sure what would happen next. There were a lot of words being exchanged between him and Nell.

The next thing I saw was him sawing that stick into small pieces and placing it into the trash. That was the last of the corporal punishment that I ever saw.

When Gary was six, I took him along to the strip pit where the boys went skinny-dipping. Gary couldn’t swim at that time, but I decided it was time. He informed me that he would sink and drown if I put him into the deep part of the water, which is exactly what I did. I swam away as he disappeared under water.

I waited and waited for him to come up paddling to the surface. My buddies warned me that I’d better do something soon. The thought went through my head, what if I came home without him? Luckily, the water in this pit was quite clear. When I swam to the bottom, there was Gary sitting there with his arms crossed in front.

I drug him to the surface and out of the water. He said, “I told you that I couldn’t swim.” I let someone else teach him.

In 1953, I bought my first car, a 1947 Ford. One summer day, I was in the process of washing it when Gary started pestering me to let him help. I said that he could clean the inside. I was not watching him to see that he was sweeping out the inside with a full-sized broom. He stuck the top of the broom through the headliner and tore a good-sized hole in it.

I jerked him out of the car and called him a “God-damned little sh--.” I sent him away warning him not to come back.

Later that evening, several sets of neighbors were gathered in our front yard socializing. There was a very large cottonwood tree in the front that my dad had rigged some ropes for a swing. Gary was in the swing, and the girl next door was pushing him. Every time he came back, he tried to hit this girl with his feet. After a few of these kicks, she swatted him on the bottom with her hand. It was a playful swat. He jumped out of the swing and called her a “God-damned little sh--.”

The whole group heard him. It got very quiet when my dad said, “Where did you learn to talk like that?” Gary looked at me. I was shaking my head no when my dad turned around and looked at me. I guess that meant that I was guilty. I got chewed out but nothing else that I can recall.

Lesson: Watch out what you say to little kids because they’ll quote you at the most embarrassing times and places.