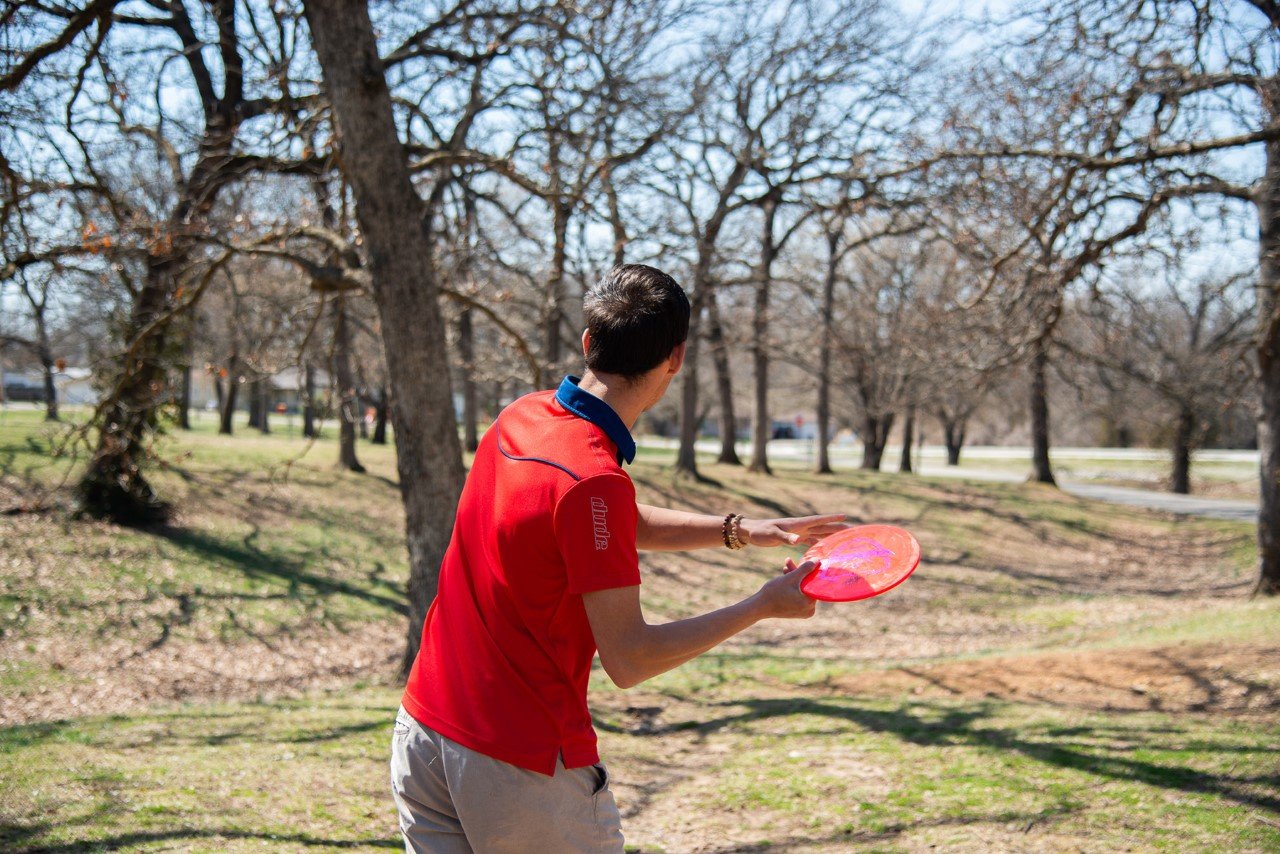 PITTSBURG, Kan. — For Pittsburg State students Brent McDowell and Dallas Wrinkle, finding a sport they could balance with academics was important.

Thanks to the City of Pittsburg’s two disc golf courses — one at Lincoln Park and one at Schlanger Park — they found something active, challenging, relaxing, and flexible when it came to being able to fit it to their schedules.

They not only enjoyed the sport, but they excelled at it, prompting them to start a new student organization, the Pitt State Disc Golf Club.

“To us it means as much as a national football championship,” Wrinkle said. “We’ve all had our own journeys to get to this point.”

McDowell, who is a history and Spanish major from Pittsburg, said that although he played a few times in high school, it wasn’t until the COVID-19 pandemic hit in 2020 that he got hooked on the sport.

“I had time and I could do it safely,” he said. “I love it because everyone has the same goal — to get the disc in the basket — but there are so many ways to go about getting there, and no one does it the same as anyone else. It’s challenging and it’s interesting."

Wrinkle, who is an architectural manufacturing management and technology major from Overland Park, enjoys the ability to compete in an environment that is welcoming.

“The disc golf community is one of the best in the world,” Wrinkle said. “If you are new to it, and you come out here and we see you, we’re going to welcome you. We want to grow the sport.”

“You can get one disc for a few bucks and start playing, or you can get an entire starter set for about $30,” McDowell explained. "It's also a great way to meet people in college."

“Other than that, there is no expensive or fancy gear — just whatever you want to wear, depending on the weather,” Wrinkle added.

And, speaking of weather, they appreciate being able to play the sport just about year-round, provided it’s not too muddy. The team was out on a course many days throughout the winter.

“We also like the fact that it helps us be active,” McDowell said. “The Lincoln Park course is 1.3 miles and the Schlanger Park course is 2.5 miles.”

Now, in addition to ensuring they’re physically and technically ready for the championship, they’re putting a final push into fundraising to help offset costs.

Most of all, they say, they are excited to represent Pittsburg and Pittsburg State at a national event.

“It’s exciting to have made it this far,” McDowell said.