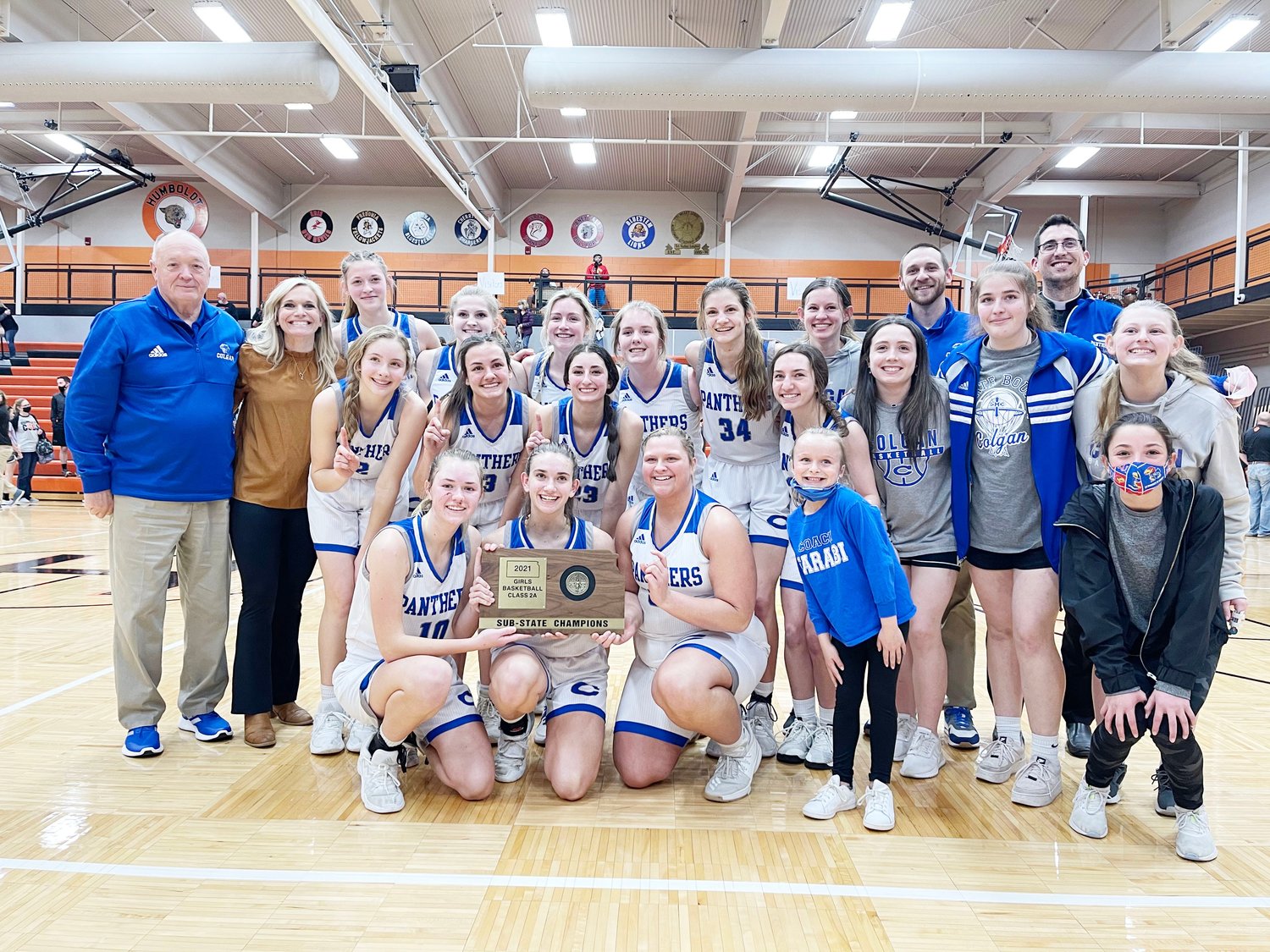 St. Mary’s-Colgan head coach Abby Farabi was announced as the Class 2A Sports in Kansas Girls Basketball Coach of the Year on Thursday after leading the Panther girls to a 19-4 record and their first state tournament in school history.

In the semi-finals, Lily Brown nailed a mid-range jumper at the buzzer to deliver Colgan a 40-38 win over Valley Heights.

Colgan will return multiple key players to next year’s team. Unanimous first-team All-CNC selection Lauren Torrance will return for her junior campaign. Brown will be a sophomore in 2022, and all-league second team member Lauren Yaghmour will be entering her senior campaign.

Seniors Kaitlin Crossland and Riley Root also captured All-CNC selections in their final prep season for the Panthers. Crossland earned a second-team nod, and Root was named an honorable mention.

Rowland led Sterling, the eventual Class 2A champion after defeating Colgan in the title match, to a 25-1 record and the first state title in school history.

Sterling defeated Wakeeney-Trego, one of the top seeds in the state, in the state quarterfinals, before defeating a tough Garden Plain’s team in the semifinals.