They said it: Leaders at the UN, in their own words 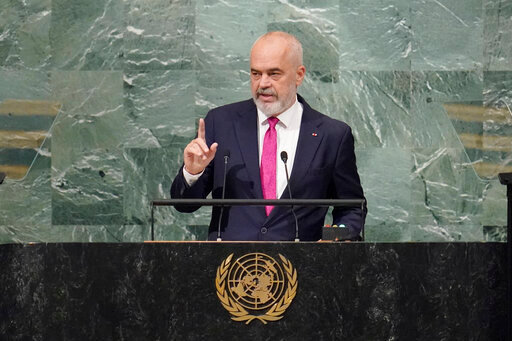 UNITED NATIONS (AP) — Many leaders saying many things about many topics that matter to them, to their regions, to the world: That’s what the U.N. General Assembly invariably produces each year.

And each year, certain voices dominate. Here, The Associated Press takes the opposite approach and spotlights some thoughts — delivered universally from the rostrum at the United Nations following successive years of a virtual, then hybrid summit — from leaders who might have not captured the headlines and airtime on Saturday, the fifth and penultimate day of the 2022 debate.

“We may sometimes have the impression that we say the same things, that we repeat each other. I would like to disagree. If committing to peace and security, to development and prosperity, to upholding international law and respecting human rights, engaging in genuine efforts to mitigate climate change is repeating each other, then we are doing the right thing.”

“Many are beginning to understand that climate inaction is the most expensive option of all."

“We learn from experience that no problem is a minor problem. Every minor problem has the potential of growing into a more difficult and larger-scale problem."

“Seventy-seven years after our United Nations was formed, we shall no longer be here in this august assembly to stage any claim, lecture, blame or shame one another."

“Ultimately, we share this planet. Despite our differences, our destinies are interwoven, and no one is safe until all of us are safe."