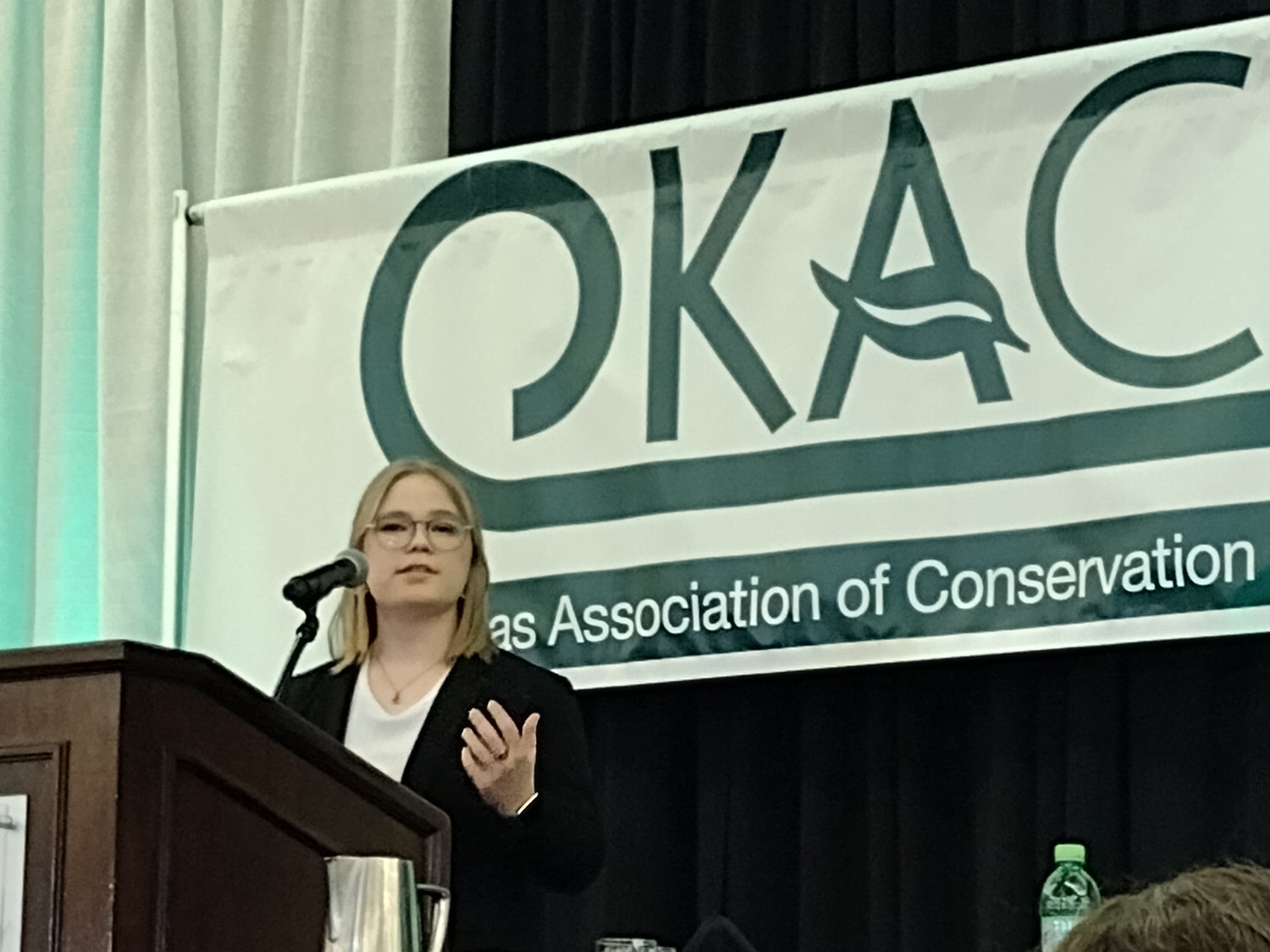 KACD was established in 1944 as a non-profit, nongovernmental organization dedicated to providing education and resources to schools and the public.

Before the KACD contest, Norman first won first place at the Crawford County Conservation District competition and then at the KACD Area V competitions, which qualified her to compete at state level.

Norman received an honorable mention for last year’s speech event, which earned her $250 to go towards her education.

After receiving her first-place award at the 78th Annual KACD Convention held in Wichita on Monday, Nov. 21, Norman gave her speech on the topic “Healthy Forest, Healthy Communities” to an audience of over 150 people.

In her speech, Norman discussed different threats to trees, why that should matter to people, and what people can do about the threats.

Norman said her family has always been big being out in nature, and as a child she participated in Pittsburg State University’s Nature Reach Summer Program ever year. As she got older, she began to volunteer to assist the organizers of the program. Norman said she thinks this is what led her to being more involved in the conservation aspect of nature.

“I’ve always enjoyed it,” she said. “And over the past couple years, I’ve noticed there’s a problem and I just became interested in it more.”

Norman said she has always liked trees because her grandfather had a walnut grove, and she was always planting trees and caring for them.

“Not only do they help us physically,” Norman said, “but areas that have more vegetation tend to have healthier communities in general. And higher vegetation can be linked to less crime and improve mental health, so that is important.”

In the fall of 2023, Norman said she plans to attend PSU to pursue a degree in biology with an emphasis of Wildlife Ecology and Conservation. She said she is considering a career in teaching or wildlife rehabilitation.

Including the state competition, Norman has won $1,000 in scholarships this year at the different KACD contests.

“After I performed, I was pretty confident, but it was exciting to hear that I won because I worked very hard for it.”