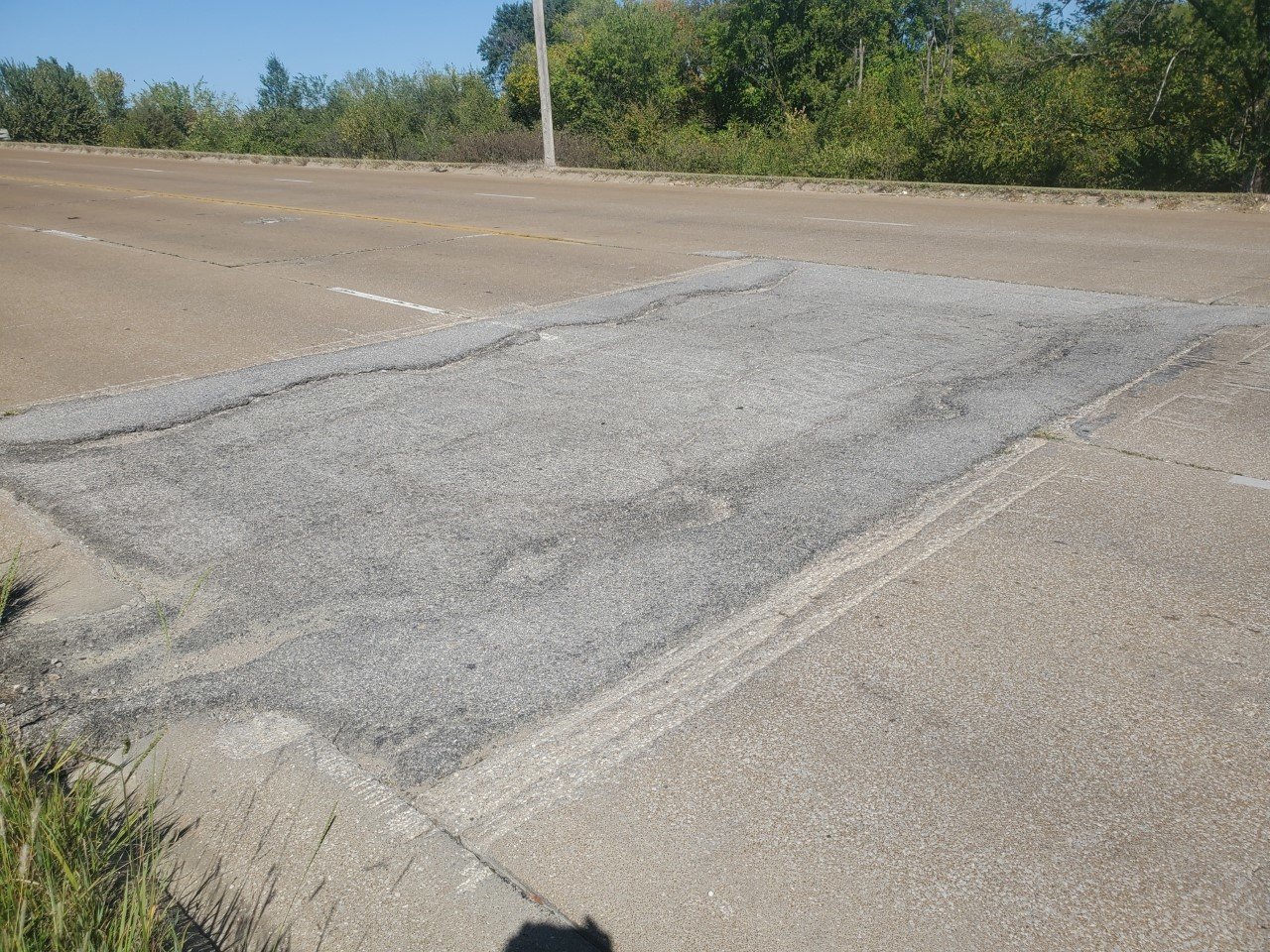 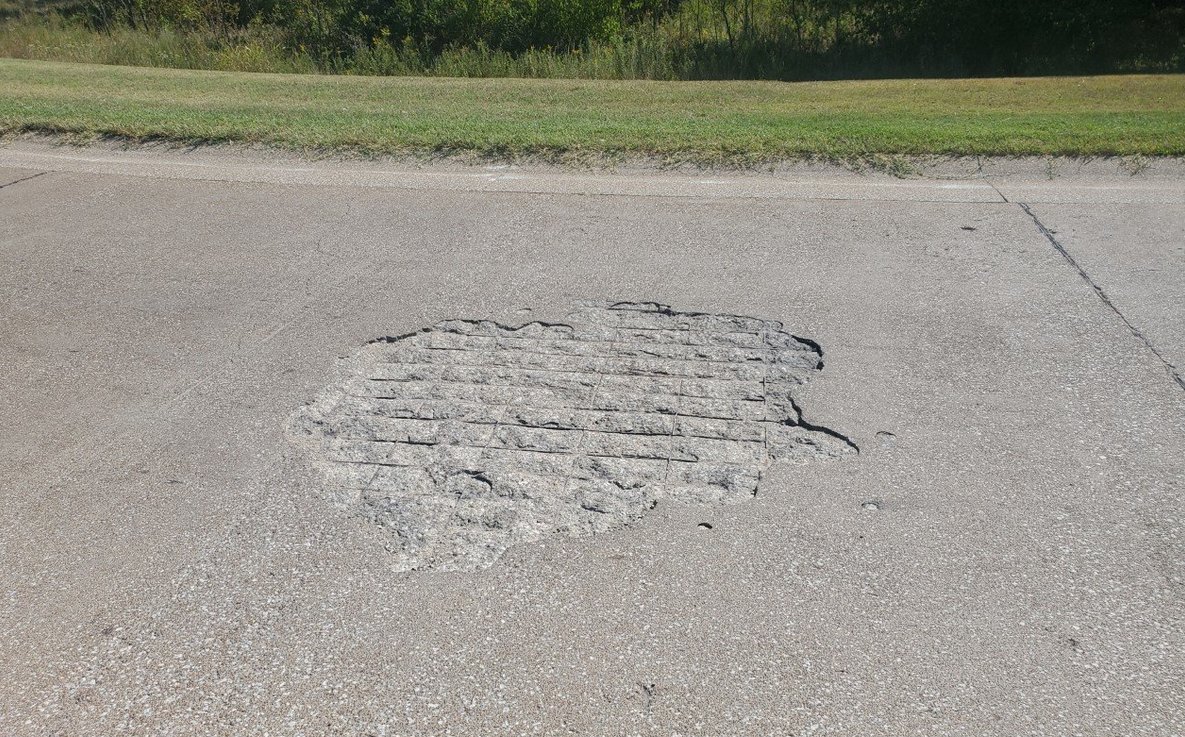 PITTSBURG, Kan. — Frontenac resident and Pittsburg business owner Gary Edwards made the circuit on Tuesday, visiting both the Crawford County Commission in Girard and the Pittsburg City Commission. Edwards raised concerns about the condition and structural integrity of the Joe Saia Overpass, one of the major arteries that link Pittsburg and Frontenac, and that Edwards travels across multiple times a day.

According to Edwards, the overpass has been deteriorating for more than a decade. He says there are chunks of concrete as big as three-foot in diameter missing on the approaches to the bridge that expose structural rebar, and signs of shoddy repair work.

“On the south side,” Edwards said, “a big chunk was cut out by Crawford County, why, I don’t know, but it was patched back in with asphalt. And anyone who knows anything about asphalt and concrete, asphalt’s going to give.”

Maintenance responsibilities for the overpass were formerly shared by Frontenac and the county. However, Frontenac has annexed land on the south side of the overpass, putting it entirely within Frontenac’s city limits, and making the city primarily responsible for the bridge’s upkeep.

Edwards said he invited Pittsburg Director of Public Work and Utilities Matt Bacon to inspect the bridge, but was told the bridge was not his responsibility.

“Our objective is to get it fixed,” said County Commissioner Tom Moody, whose Second District includes the northern half of the bridge; the southern half lies in Commissioner Jeremy Johnson’s Third District.

At the Pittsburg City Commission, Bacon was called up by Mayor Cheryl Brooks to clarify who owns the bridge. Bacon said it is the City of Frontenac who is responsible for it now. Bacon also said the county was going to do some repair work and approached Pittsburg for assistance, but COVID-19 got in the way of that.

According to Pittsburg City Commissioner Chuck Munsell, the overpass is a vital transportation hub for Pittsburg and Frontenac. Much of the traffic across the overpass is headed to or from the northern industrial park in Pittsburg.

“Pittsburg, Frontenac, and Crawford County need to come together to fix the bridge,” said Edwards. “It could be my family on that bridge if it collapses. It could be your family.”

“Frontenac needs to drive this train,” said Pittsburg City Commissioner Dawn McNay. “If I’ve learned nothing from sitting here for five years, don’t encroach on Frontenac streets without their permission.”

Munsell said he has spoken to Frontenac city leaders and reported they are in favor of sitting down to discuss the problem. He is willing to continue talking with Frontenac and the county to resolve the issue.

“This is going to come down to dollars,” said Pittsburg Commissioner Ron Seglie. “Who is going to pay for it?” Seglie then asked Bacon to ballpark a price. Bacon said it depends on the scope of the work and would not provide a price.

“We’ll come to the table if Frontenac invites us,” said McNay. “It’s their road.”

Pittsburg City Manager Daron Hall said this is bigger than just one road. Any discussion about the overpass has to include the other roads shared by both cities and the county.

Edwards said his next stop is the Frontenac City Council meeting on Monday, Oct. 3.