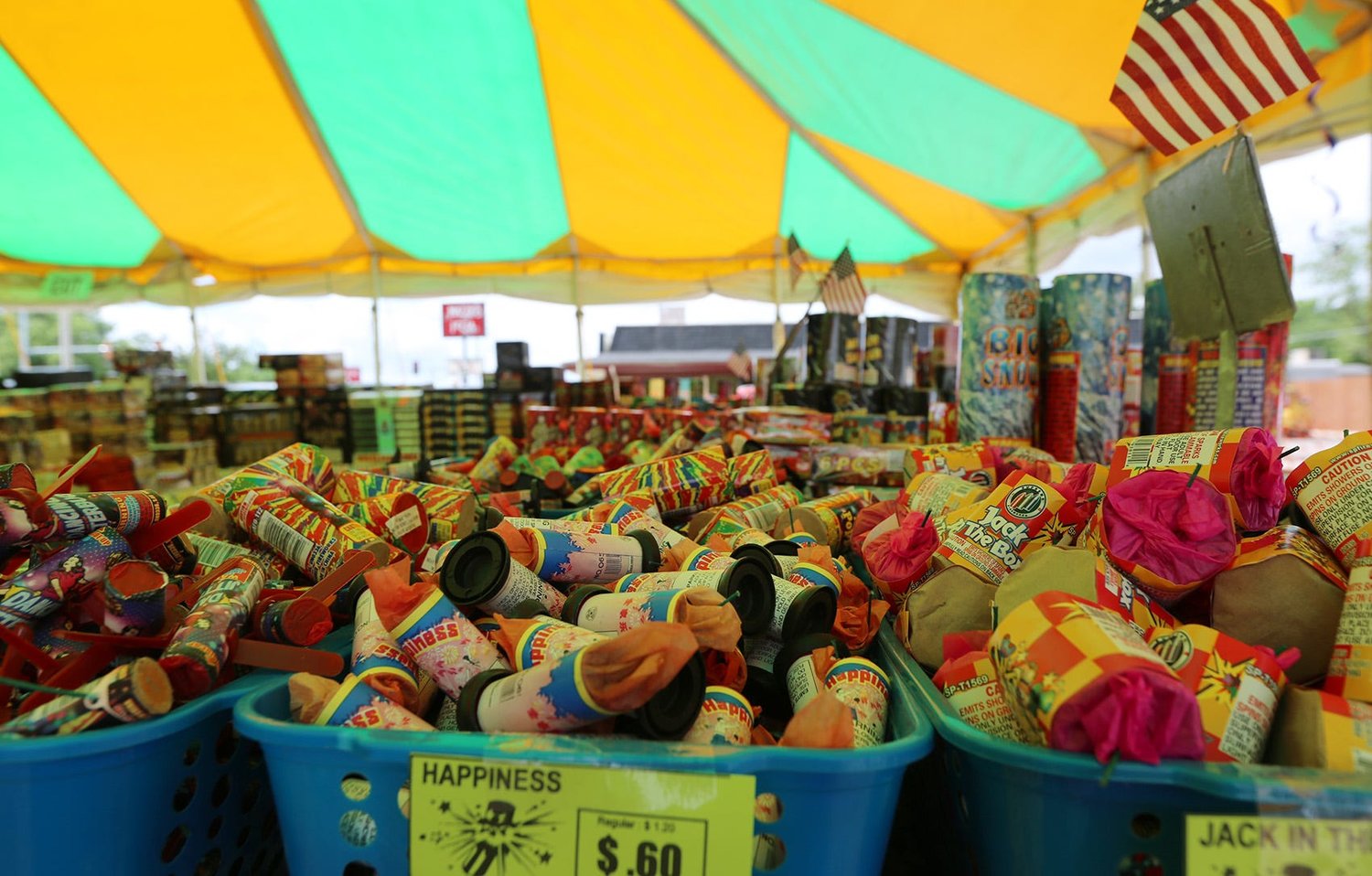 PITTSBURG, Kan. — Come Sunday night, the sky will be filled with bursts of bright colors, and the air will ring with bangs as fireworks are set off in celebration of the Fourth of July, and a return to “normalcy.”

Many communities, including Pittsburg, rely on local tents for their fireworks supply during the upcoming holiday weekend, but over the last couple of years, Pittsburg tents have had to deal with a drastic increase in the price to set up a tent.

Just three years ago the price to set up a fireworks tent in Pittsburg for the days leading up to the Fourth of July cost $200. However, the city increased the fee and now it sits at $5,000, a 2,400 percent increase.

Carla Thompson, a local tent worker for the Kaboomers fireworks tent set up in Mazzio’s Pizza’s parking lot, said the increase has forced some tents to not open at all, including a fireworks tent that used to be set up in the parking lot of Ron’s Supermarket on Centennial and was run by Michelle and Doug Sellars.

“It has affected the amount of tents in Pittsburg,” Thompson said. “The girl and her family that set up at Ron’s for years didn’t set up last year or this year.”

Sellars and her husband were two of the most vocal against the fee increase and complained to the city commission in 2019, asking them to lower the fee.

“No other business license fees are anywhere near that amount and if they were there would be no businesses located in the city,” she said at the time. “We are a mom-and-pop business. We purchase our fireworks from Jake’s, as well as other importers. We do not sell on consignment or on a percentage from another parent company, as most firework locations do. We lease the lot, pay for it and provide the required insurances, rent the tent, and purchase every firework in the tent.”

According to Thompson the increase in the fee also affects how much fireworks retailers can give back to the community. The tent at Mazzio’s gives a portion of their profits to the Nazarene Church in Pittsburg to help send kids to camp over the summer.

“Your local tents that support local endeavors have been hurt by that fee,” Thompson said. “Because in turn even though that doesn’t come out of our pockets, they [Kaboomers] turn around and take it out of our profits. I mean Kaboomers has to make up for it somewhere.”

The increase in the fee is said to cover the cost of the city’s personal fireworks show. In 2019, of the $25,000 the city collected in permit fees for fireworks stand, $20,000 went to pay for the city’s own display. The city could not be reached for comment on this matter by press time.

While these tents are dealing with the effects of an increase in fees, they have largely avoided a problem most fireworks stands across the country are facing — supply shortages.

Last year, as many families opted to create their own fireworks displays since public ones were largely canceled, fireworks sales soared to record levels, causing shortages, and this year experts say it will be no different.

According to an NBC article, this year’s shortage has more to do with shipping problems.

“Container capacity has been at a shortage for some time now. Couple that with the imbalance of vessels from the Suez Canal blockage — this has sent container pricing through the roof,” Glenn Koepke, SVP of Customer Success at FourKites logistics software company, said in an email to NBC.

Reportedly, many containers full of fireworks are now currently waiting offshore just waiting to offloaded and distributed. Some containers have to wait as long as 60 days to be offloaded, but even then, it can be another 100 days until drivers pick them up, said Ed Vasel, vice president of the National Fireworks Association, an industry trade group.

“What could be a booming business, it’s just not happening,” he said. “The people are there, the demand is there, the product is not there.”

Local tents and large suppliers alike have reportedly been begging customers to come shop early, so they can get what they want. However, in Pittsburg, not all tents are facing these shortages. In fact, Thompson said the tent at Mazzio’s received a larger shipment of product this year.

“It really hasn’t affected us,” Thompson said. “Actually, we got a bigger truck than we normally get.”

Currently, the tables inside the tent are teeming with hundreds of products from the larger fire “shows” to firecrackers and sparklers. Thompson said as the week drags on, they will start to get busier, and said if the last few years are any indication, they will most likely sell out.

“The kids’ stuff always goes quick, and I feel like it could go quicker this year,” Thompson said. “It’s not a problem, it’s a good thing.”