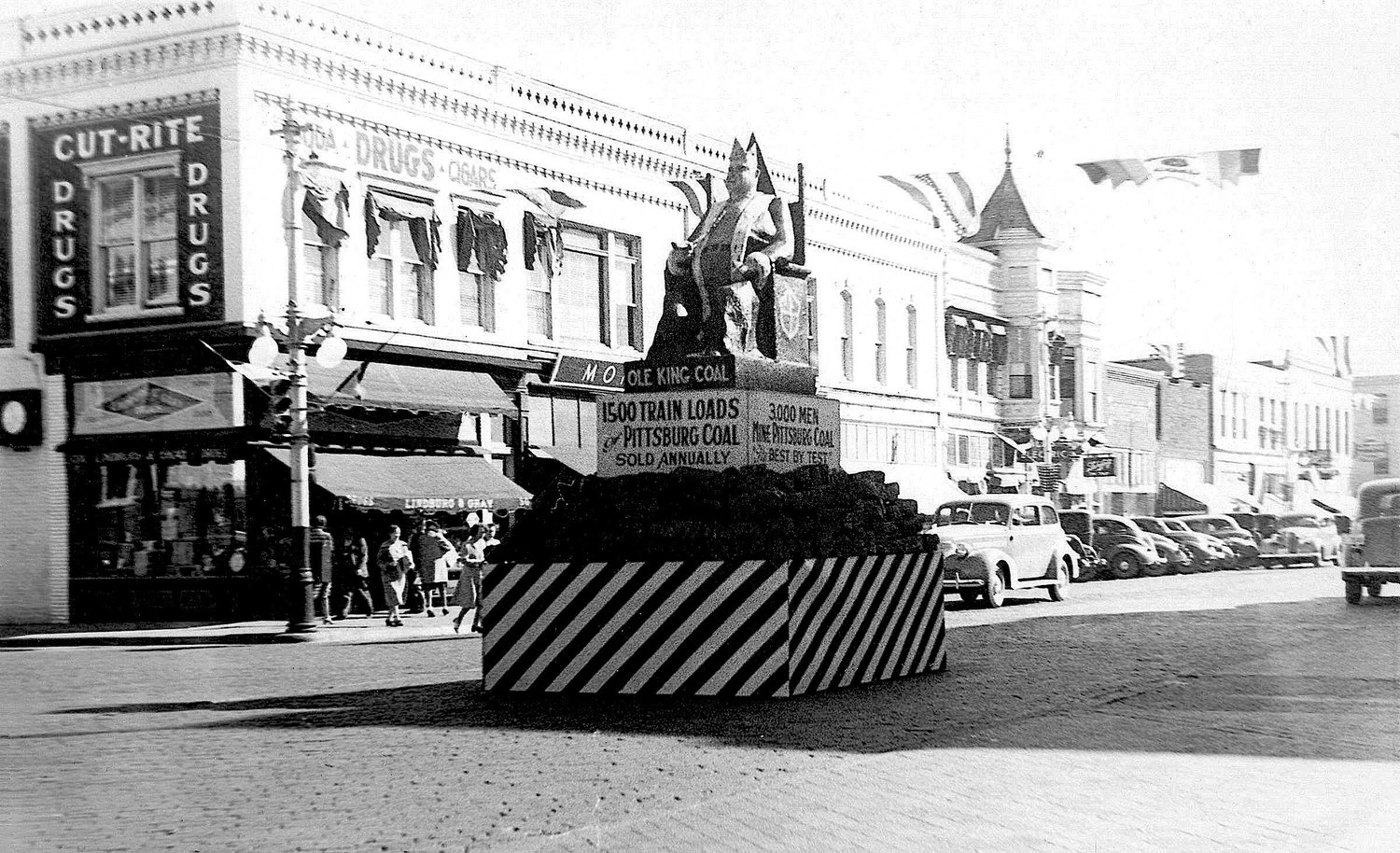 In many respects, Little Balkans Days had its origin 88 years ago when approximately 25,000 people participated in a coal celebration held in Pittsburg.

Called the King Coal Festival, it was established in October of 1934 to help lift the spirits of Southeast Kansas residents suffering economically during the Depression as well as symbolize the importance of the coal mining industry to Pittsburg and Southeast Kansas.

The following year, and in the years thereafter, up to 40,000 people swarmed into Pittsburg as reigning Kansas governors came to town to crown the coal queens. It was the largest regular event in the state of Kansas at that time.

An enormous statue of King Coal was placed on a platform in the center of the intersection of Fourth and Broadway during the weeklong festival, which featured music presentations, window dressing contests, concerts, and a pageant.

Also, a parade with area bands, civic groups, and businesses, interspersed with cars carrying the queen candidates from surrounding towns.

Five hundred men and women worked to organize the festival and conduct it. The committee that organized the event was headed by Fred Bumcrot of the Van-Hoy Bumcrot Motors. Cost of the festival was born by the Chamber of Commerce, local businessmen, and the coal companies.

The first queen was Gertrude Sellmansberger, Pittsburg High School senior, according to the PHS Oct. 5, 1934, Booster. She was selected by the festival committee out of a group of other queen nominees from 20 surrounding communities.

James H. Carter reigned as King Coal in the flesh every year. Carter not only played the role, but he also wrote the script for the festival and King Coal’s speech, as well as directed the pageant for the first four or five years. He had a powerful voice, and in those days, he made resounding use of it.

The first two coronation ceremonies were held at Fourth and Broadway. “Crowds jammed the street as far as I could see every way I looked east and west on Fourth and north and south on Broadway,” Carter said.

However, the committee feared someone might be hurt in the “jam of humanity,” so it was arranged for the ceremonies to be presented on Brandenburg Field at Kansas State College of Pittsburg following a parade through downtown Pittsburg that ended there.

The Pittsburg Centennial Edition (1976) of this paper reported Carter remained a symbol of what the coal industry meant to Southeast Kansas in the minds of many residents.

Because of his spectacular performance and booming voice as King Coal, Carter responded to many requests for a certain oration. The oration was given to Carter by Jack G. Cherry, who operated an insurance agency in Pittsburg.

Cherry had heard the speech given in Alabama and immediately pictured Carter as delivering it. Carter traveled as far away as Kansas City to deliver the oration before the Rotary Club there.

Getting back to the festival, despite its popularity, the planning committee sensed long before December 1941 that America would soon be at war in Europe and made no plans for a King Coal festival that year.

As for Little Balkans Days, except for 2020, when it was cancelled because of COVID-19, it has been a weeklong festival for 37 years, celebrating not only coal mining, but also what Bill Powell has referred to as, “a rich ‘cultural baggage’ of different languages, religions, cuisines, backgrounds, and life-styles.”