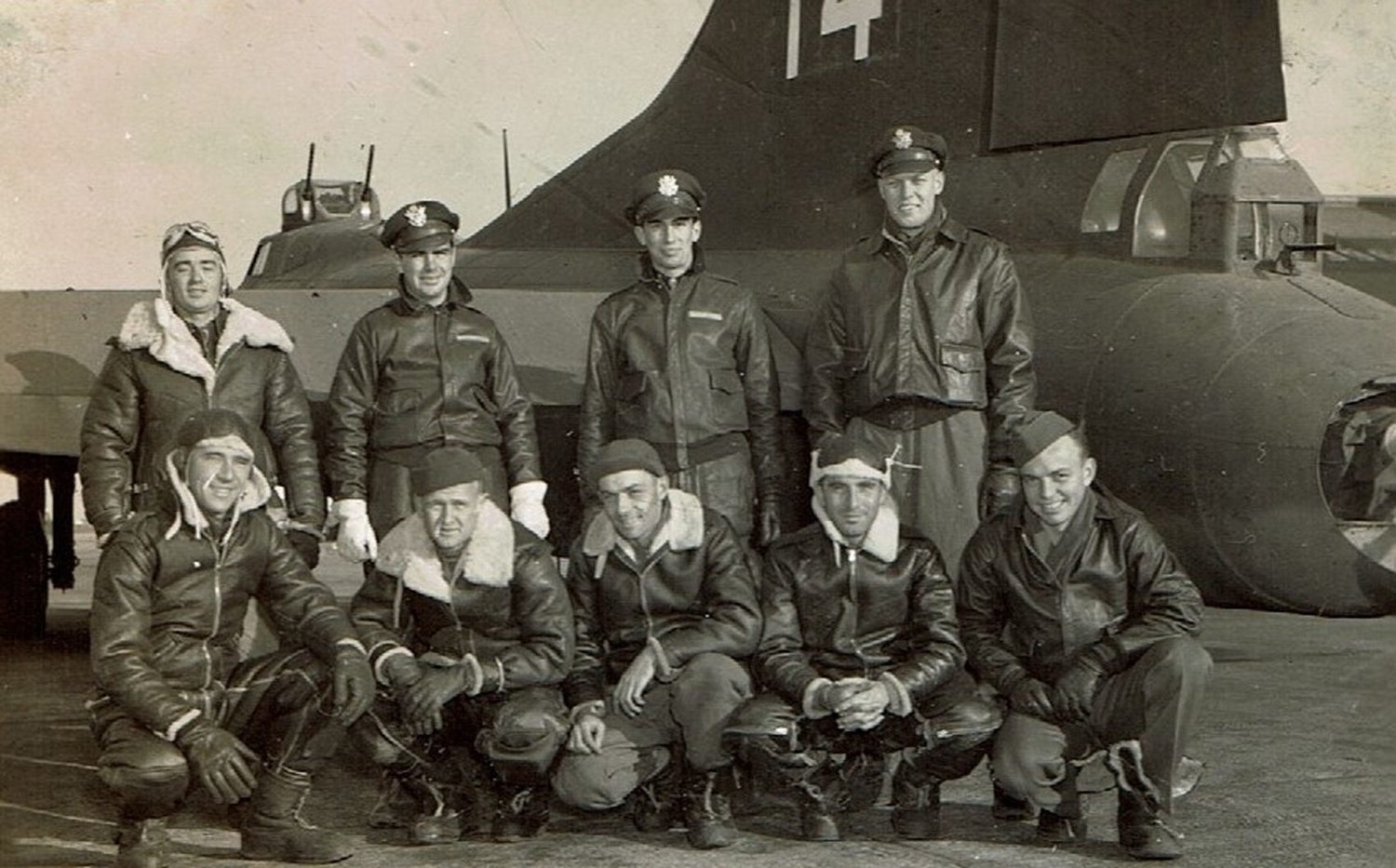 This week’s column by Gary Gleason is excerpted from his essay “Boyhood Days in Pittsburg, Kansas.” Gary is now retired and living with his wife in Gainesville, Georgia. — J.T.K.

During WWII, Dad piloted a B-17 Flying Fortress bomber in the 483rd Bomb Group, 816th squadron. Their airfield was 20 miles north of Foggia, Italy. They flew missions over the Alps into Germany completing fifty missions in six months with no casualties.

Dad’s plane caught a lot of flack and had engine troubles on several missions. He and his crew considered themselves extremely fortunate. While Dad’s crew was on flak leave, their squadron was nearly wiped out over Memmingen, Germany. The group lost 14 of its B-17’s, but downed 53 of 200 enemy fighters. Mom told me the loss stayed with Dad for a long time.

On one mission, while dodging heavy flak over Germany, Dad promised God if he got back safe he would attend Mass every Sunday. He never missed a Sunday Mass the rest of his life. Aunt Norma Jean told me after the war, that when he came home from church, he would always bring the bulletin home showing he attended Mass.

Dad received The Distinguished Flying Cross, The Air Medal with four oak leaf clusters, The European Theatre ribbon, two battle stars and The Presidential Unit Citation. I found this in Dad’s military documents after his passing. Dad rarely spoke of the war.

Mom and Dad loved big band music. They passed that love for music on to their kids. From my sister DeAnn's Elvis era to Jimmy Joe's Bad to the Bone; from Mark and Gary's southern rock to Carol's accordion recitals; we were all lovers of music.

It started in 1958 when our first Hi-Fi Stereo console was delivered to the home on West Kansas St. in Pittsburg. When it came to music, Mom and Dad spared no expense as they bought the latest Hi-Fi Stereo. After all, it was the "hi-tech" 50s and we were on the cutting edge.

Along with the new Stereo came a new album, it was a clear yellow vinyl, the likes of which I had never seen before. The album was a collection of Big Band songs. I played the yellow album until the grooves wore down. Glen Miller's "Little Brown Jug" became my favorite song.

Mom and Dad didn't go out often — content to stay home on Saturdays, drag their TV trays into the living room, grill a couple of T-bones with some "Good Seasoning" salads. After the Lawrence Welk show, out came the big band and western swing albums, Raleigh cigarettes, and high balls. It was their time.

Occasionally Mom and Dad would invite us to listen and appreciate their music. I was wrapped up in the “Hully Gully” and the “Peppermint Twist,” but to this day, I appreciate and enjoy the big band and western swing. From Benny Goodman's "Swing, Swing, Swing" to Bob Wills’ "Miles and Miles of Texas,” some of the best music I've heard.

On Friday nights, when I came home after a football game, Mom and Dad would be in the living room dancing the jitterbug as though they were 20 years old again. Glen Miller playing on the hi-fi, album covers strewn all over the floor, cigarette butts in the ashtray and cocktails on the coffee table. Mom’s favorite was Artie Shaw. Dad’s was Benny Goodman.

Mom and Dad loved their music and gave us children a great gift. I will always be grateful to my parents for sharing their music, and giving me "an ear".

In the later years, I got to return the favor, introducing them to bands like Roomful of Blues and Asleep at the Wheel. It brought smiles to their faces as they tapped their feet and snapped their fingers. It took them back to their times.