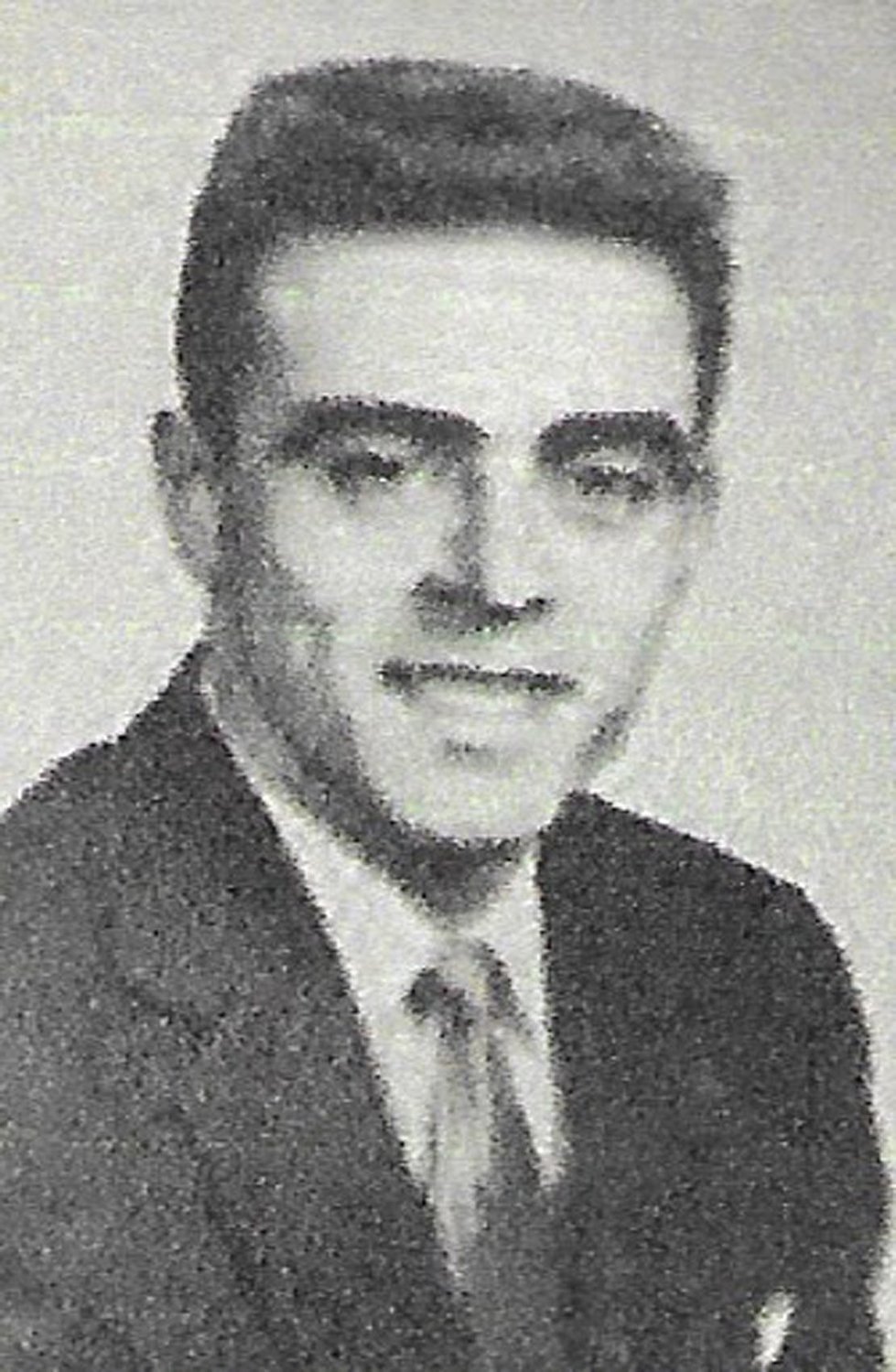 This week’s column features the second excerpt from an essay by music lover Don Falletti about the big bands that played at PSU (then Kansas State Teacher’s College) when he was a student there. — J.T.K.

The Military Ball featured the Blue Barron and His Orchestra. Their music style focused on the hotel and dancehall crowds. Born Harry Freidman, the Blue Barron formed his band in November 1913, in his early 20’s. Their program focused on World War II music. It was cool for me because the music was either slow dance or swing, great for getting to know the ladies. I liked to sing while we were dancing (NOT with BOB). Some of those were: “You were only fooling, while I was falling in love,” “Cruising Down the River,” and “Are You Lonesome Tonight?”

OK, let’s change the subject. Since Bob and I cannot agree to the facts that I recall, I will try to make sense of what I believe is true. After the band finished one of their songs, Bob and I went out to the outdoor balcony to admire the huge planters with evergreen plants placed near the three or four foot high wall around the outside perimeter of the balcony. We discovered a mysterious 5th size bottle full of a liquid. I was told by someone that this liquid was something called vodka. We decided to experiment with this liquid.

We went down to the student union and purchased two large orange juice drinks in paper cups. We went back to the balcony and poured some of this “discovered vodka” liquid, into this healthy cup of orange juice. To our surprise, this medicinal liquid tasted pretty darn good. Refreshed, we went back into the ballroom to enjoy the music, which seemed to sound better than it did earlier. We were so happy for this discovery, that we continued our experiment. I don’t recall how many times.

Bob and I were out on the balcony having a discussion (with refreshments) concerning the next step on our future chemistry experiments, when the Commanding Officer of the ROTC Program joined us on the balcony. It was ironic, that he had several ideas regarding that subject, and as I recall, some recommendations regarding our future chemical endeavors.

The Ernie Fields Band was one of the top ten dance / listening bands in the country.  With the support of Bob Wills, Fields’ band became the first African-American band to play at the landmark Cain’s Ballroom in Tulsa, OK. I had no idea how bad race relations were, as far back as the oil boom days or further until I began researching Ernie Fields' biography. This race Issue deserves major redress in every respect!

Ernie Fields was born in Nacogdoches, Texas. He was raised in Taft, Oklahoma. He then attended Tuskegee Institute before moving to Tulsa. Ernie was an excellent trombonist, pianist, arranger and bandleader.

He had the big band Glen Miller/ R & B style sound. His bio person didn’t give him a Star but he sure traveled the Kansas City to L.A. in style. His orchestra’s rendition of “In the Mood” reached number 4 on the Billboard Chart and the track peaked at 13 in the UK Singles Chart. It was a great band for dancing pleasure. They also played great renditions “Tuxedo Junction” and “Begin the Beguine.” He was pure Kansas City Swing. “Top Shelf,” as we used to say.

I was so lucky to be at Pitt State in the mid fifties when the college sponsored so many big name dance bands and concerts. It was an era of slow dancing, ballads and Kansas City Swing / Smooth Jazz.

The Dorsey Brothers, Jimmy and Tommy, got their “music” in their own home in Mahanoy, Pennsylvania. Their father was a music teacher and marching band director. They, as other young musicians of that era, worked in several bands in their teenage years.  The brothers formed their own combo, Dorsey’s Novelty Six, in 1920.

Early on Tommy played the trumpet and trombone and later settled into playing the trombone exclusively. Known as the “Sentimental Gentleman of Swing”, his biggest hit was “I’ll never smile again,” featuring Frank Sinatra on vocals. It was number one for twelve weeks on the Billboard pop singles chart in 1940. Other popular songs included “Let’s Fall in Love” by Bing Crosby, “Blues in the Night” by Dorsey and Jo Stafford and “I’ll be seeing you”, “Oh! Look at Me Now”, “East of the Sun” and “In the Blue of the Evening”.

Noted Jazz historian, Gunther Schuller, stated: ”Dorsey was clearly the creator and master of this smooth ‘singing’ trombone style, so seemingly effortless, largely because of his flawless breath control.”

During my four years in college (1954-58), Tommy Dorsey and his band’s 1956 performance will always be the one I think of first. (I should note that Tommy Dorsey passed away shortly after playing at their next stop at Kansas University. We took the news sadly!)