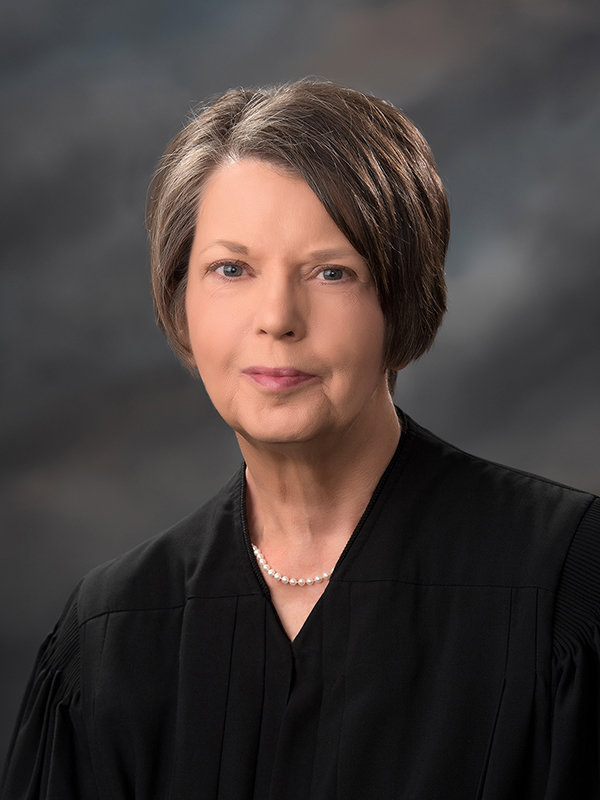 PITTSBURG, Kan. — The Kansas Supreme Court will hear oral arguments next Monday, Oct. 3, at Parsons High School during a special traveling docket session. Except for 2020 and 2021, the court has hosted such sessions, which are open to the public, at various locations around the state every year since 2011.

On Tuesday, Kansas Supreme Court Chief Justice Marla Luckert spoke with the Morning Sun about what people can expect from next week’s special session, which will start at 6:30 p.m. and is expected to go until about 8 p.m.

“This will be a regular court docket for us,” Luckert said. “It will be handled as if we were in the courtroom, so that people will have an opportunity to see the court in action, if you will, and we will call two cases. They are both criminal cases, and the attorneys in the case will argue before the court, again, just as if we were in our courtroom in Topeka. The idea is to give the audience an opportunity to see how an appellate court works and what an oral argument sounds and looks like.”

The travel docket session will be followed by a reception, during which members of the public will have the opportunity to visit with the Supreme Court justices and ask questions. Luckert said a frequent comment she hears from audience members after travel docket sessions is that the hearings were different from what they expected.

“People see trial courts on TV and in movies and other places, but an appellate court is not something that people usually have had an opportunity to either visit in person or even seen displayed in the media,” she said.

Luckert noted that the Kansas Supreme Court has a Youtube channel where people can view its proceedings, although many people do not have time.

“We actually have quite a few people who do that, but most Kansans can’t take the time during their day, when we do court usually, to do that,” she said. “So this is nighttime, in their hometown, so it gives them an opportunity to actually come out and experience it in person. Even if they’re a Zoom or Youtube watcher, it’s different in person I think.”

Luckert said that the court does not make its decisions based on the personal feelings the justices may have about any given case.

“I will explain at the beginning of the session that this isn’t a place where we do an opinion poll, that we make the decision based upon the facts and record and the law that applies,” she said.

“They are, like all cases that come before us, important cases, especially to the parties involved, and they do set precedent for other courts to follow, but I doubt that they would be the kinds of cases that would grab a headline in the state news or anything of that nature,” said Luckert.

The Kansas Supreme Court reviews hundreds of cases every year, Luckert said, and usually issues decisions on 100 to 200 cases annually.

“And those are not cases that every Kansan is going to know about. In fact years can sometimes go by without there being a case that would draw most Kansans’ attention, unless they are an attorney, a judge, a court watcher, or you know, others who are interested in it, but for the average Kansan, much of the work we do goes unnoticed, and yet it can really impact your life,” she said.

“And so we do think people should understand that, because we are in each case applying our state statutes and our state constitution, and upholding the language that the legislature has adopted in those state statutes, and sometimes those statutes have a different impact than people recognize, so it just gives them an example to see how all of that fits together.”

Anyone wishing to attend next week’s special session should arrive early to allow time to get through security screening. The doors open at 5:30 p.m. Court security advises that attendees should not bring food or drink; knives, pepper spray, firearms, or weapons; electronic devices like laptop computers, handheld games, personal digital assistants, or tablets; or large bags, large purses, backpacks, computer cases, or briefcases. Small handbags are permitted. If you carrying a cell phone, it should be turned off and stored out of sight, and audience members are prohibited from talking while the court is in session.

If arriving after proceedings start, or if audience members must leave the auditorium before the court session ends, they should be as quiet as possible, and talking immediately outside of the auditorium is also discouraged. Parsons High School is located at 3030 Morton Ave., Parsons.

Next week’s special session will follow the normal process of Kansas Supreme Court proceedings as closely as possible, Luckert said, as one of the major goals of the travel docket special session is to educate the public on how the court system works by giving people a chance to see it up close.

“We recognize that when you see polling about the three branches of government and how they work, invariably they show that people really do not understand how court systems work or what their role is,” Luckert said, “and in large part that’s because many people don’t have exposure to them.”