Since the draft of the U.S. Supreme Court decision overturning Roe v. Wade first leaked in early May, and even more so since the ruling became official in late June, Kansas has been in the national spotlight as the first state scheduled to vote on a ballot question about abortion rights.

This item is available in full to subscribers.

If you are a current print subscriber, you can set up a free website account by clicking here.

Otherwise, click here to view your options for subscribing. 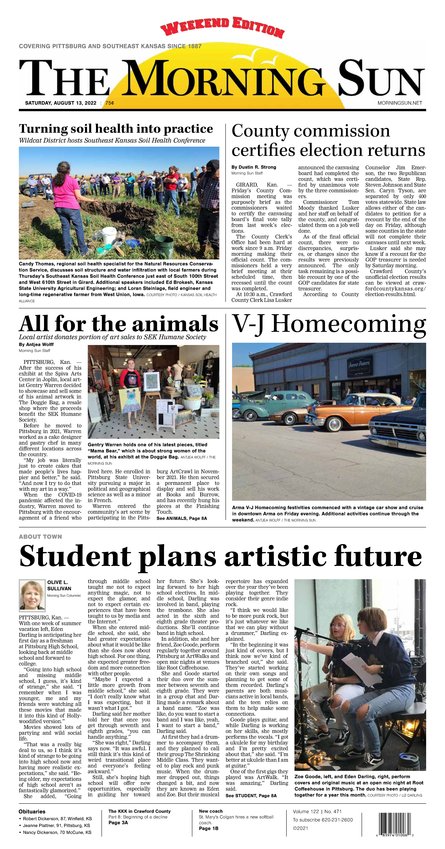 All for the animals