COLUMBUS, Kan. — Following a fundraising dinner on Saturday hosted by the Crawford County Republican Party, on Sunday, Jan. 22, Kansas Senate District 13 Republican precinct committee members will gather for a convention at the Columbus High School Auditorium to elect a senator to take over the seat Sen. Richard Hilderbrand is resigning from.

The convention is tentatively scheduled to be called to order at 3:30 p.m. and run until about 5 p.m. It will be chaired by the 2nd Congressional District Chairman and Senate Majority Leader Chief of Staff Eric Rucker. After convening, candidates Dan Muter and Tim Shallenburger will speak for 10 minutes on why they should be elected then field questions from the delegates for 30 minutes or more.

Once the Q&A session is finished delegates will elect the new senator for the 13th District. The newly elected senator will finish out the remainder of Hilderband’s current term before running for reelection in November of 2024. Senate District 13 includes Crawford and Cherokee County, as well as parts of Bourbon and Labette County. 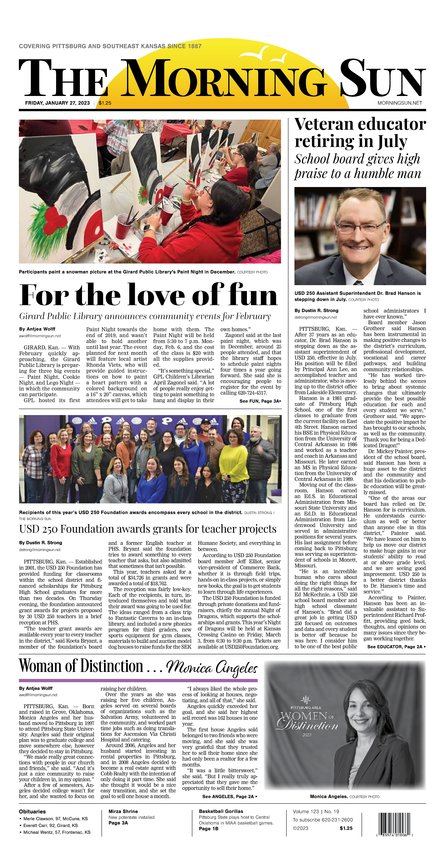