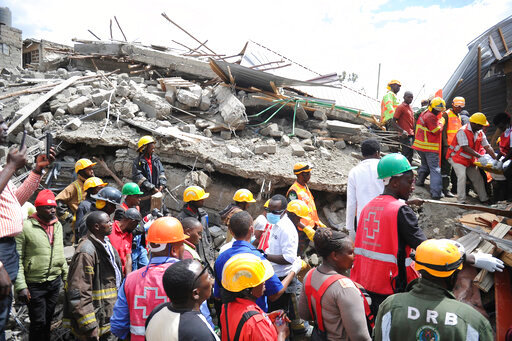 NAIROBI, Kenya (AP) — A multi-story building collapsed outside Kenya's capital Monday, and rescuers are picking through the debris in search of several people reported missing.

Kenya's national broadcaster reported that at least three people died. It wasn't immediately clear what caused the building to collapse in Kirigiti.

Such events aren't uncommon in Nairobi and elsewhere in Kenya amid weak oversight, shoddy construction and corruption.