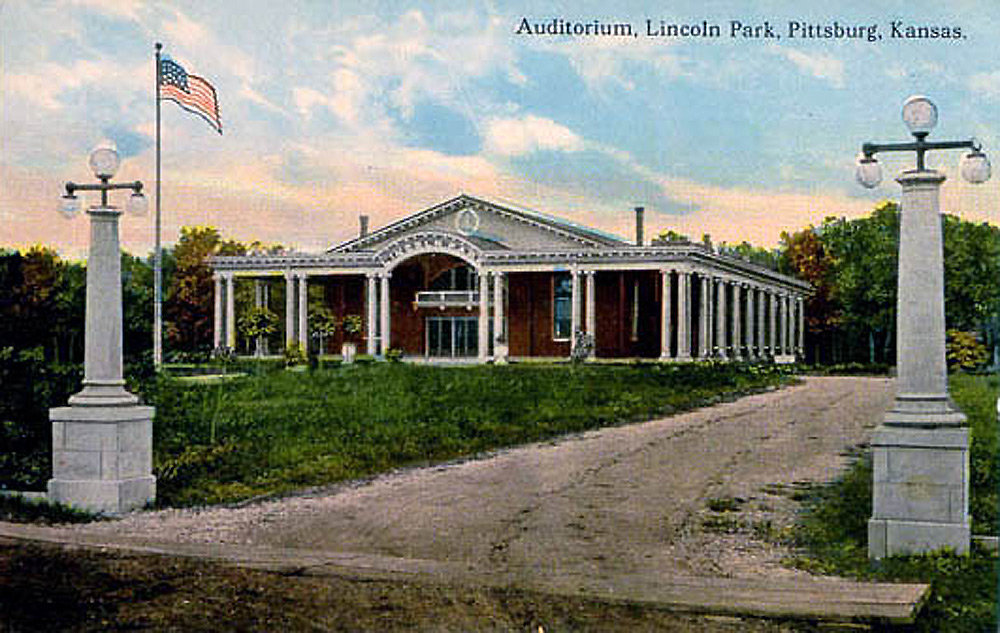 Here’s the next excerpt from “FROM POVERTY TO PRESTIGE, the Autobiography of Laurence Paul Wilson.” In this one, he reflects on being a student at KSTC in Pittsburg. — J.T.K.

The highlight of the year was the annual formal party held in Lincoln Auditorium with a big jazz band from K.C. There was a smaller breakfast dance the next morning, so it was quite a weekend.

Most of the boys were able to get their hands on some bootleg whiskey but thank goodness I never knew of anyone getting in a car accident nor any kind of trouble because of alcohol.

The formal dance was always on Friday night. The revelry went on all night, but I had to be back in Girard to go to work on Saturday morning with all kinds of dire predictions ringing in my ears from my mother who hated me partying. I had an aunt and uncle who lived in Pittsburg — Aunt Bee and Uncle Chris — my mother’s sister who I could have stayed with if I needed help of any sort, but I never did. I had the feeling that they never would have let me forget about it.

Also, the Gilmores who were distant relatives lived in Pittsburg. Ed Gilmore was always drunk.  Mamie Gilmore was extremely nice and always wanted young people to have a good time. They had a houseful of children: Marguerite, Cleo, Ethel, Christine, Kenneth and Edward. They were good kids. No ambition to go to college — probably looking all the time for a wife or husband.

I went out for track all four years. The coach was G.W. Weede. He had a national reputation and didn’t want to be bothered with you unless you were a winner. I just was not fast enough. I lettered in track at Girard High School but I could not do it in college. The stars of the team were: Laurence Swisher, Delbert White, Kermit King, Ralph Brown, Donald Dunn, Robert Caldwell, Lester Kirk, Wayne Campbell, Neil Pierce, O.B. Allen, Elmer Carson and Bidwell Bedillon. All of them were nice guys.

In 1935, at an all-school dance in the Gymnasium, Swisher danced with the white girlfriend of one of his white teammates on the track team. He and his girlfriend, Rosella Caldwell, were good friends with white boys on the team and their white girlfriends.

This apparently innocent act set-off a problem. On Monday morning the president of the college, Dr. W.G. Brandenburg, called a meeting of all Negro students and stated, “The inter-racial dancing which had occurred would not be tolerated and anyone who did it again would be expelled. And from that time forward school parties would be segregated with Negroes having their own party in the Cafeteria Annex and whites in the Gymnasium. Both dances would be held at the same time with the same band and food.”

That was that. There was nothing anybody could do about it. This was years before civil rights protests.  We accepted it and soon forgot about it.

I took Accounting from James Massey. He had been at the college many years and was revered as a great teacher. So, this great teacher says, “Open your books and here’s the pages we will cover today.” And then straight away he closed his book, propped-up his feet on his desk and got out his newspaper and began to read. He never did do any teaching and seemed to not like it if you went to him for help. This legend of a teacher was a great disappointment and I have never forgotten him.

Another teacher, Miss Miller, did not teach at all. She gave out the assignment in the typing book and went straight to grading papers. That’s about all she did was grade papers. She seemed to be swamped with them. I really did not start out to be a teacher. I wanted to be a lawyer. KSTC did not have a law school. The nearest one was Kansas University in Lawrence, and I did not have the tuition to go there. Nevertheless, I have been satisfied with my teaching career.