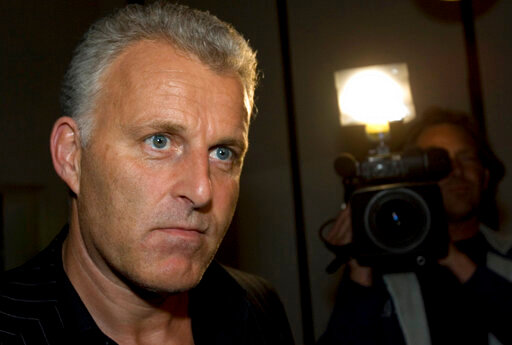 THE HAGUE, Netherlands (AP) — Dutch prosecutors said Monday that a 30-year-old man suspected of involvement in the slaying of crime reporter Peter R. de Vries has been arrested by authorities in Poland.

De Vries, one of the Netherlands' best-known journalists who also campaigned to solve cold cases, was gunned down in Amsterdam on July 6 last year. He died nine days later of his injuries at age 64.

Prosecutors said the Polish man was arrested on suspicion of helping prepare the attack and that he is believed to have lived in the Dutch port city of Rotterdam at the time of the shooting.

His identity wasn't released in line with privacy regulations. Dutch authorities have requested his transfer to the Netherlands.

Two men were arrested near The Hague soon after De Vries were shot and are on trial for his murder. Prosecutors have sought life sentences for both. One of them is a Polish national, Kamil E., who is the alleged getaway driver.

Another Polish national was arrested in July on suspicion of instructing the two men who carried out the hit. Two other suspects were arrested in Spain and Curacao on the same day.

Before his shooting, De Vries acted as an adviser and confidant for a witness in the trial of the alleged leader and other members of a crime gang that police described as an “oiled killing machine.” The witness’ brother and his lawyer both were murdered.

The suspected gangland leader, Ridouan Taghi, was extradited to the Netherlands from Dubai, United Arab Emirates, in 2019 and is currently awaiting verdicts in his trial. Prosecutors have sought a life sentence for his alleged involvement in a string of murders. He hasn’t been charged in De Vries’ killing.