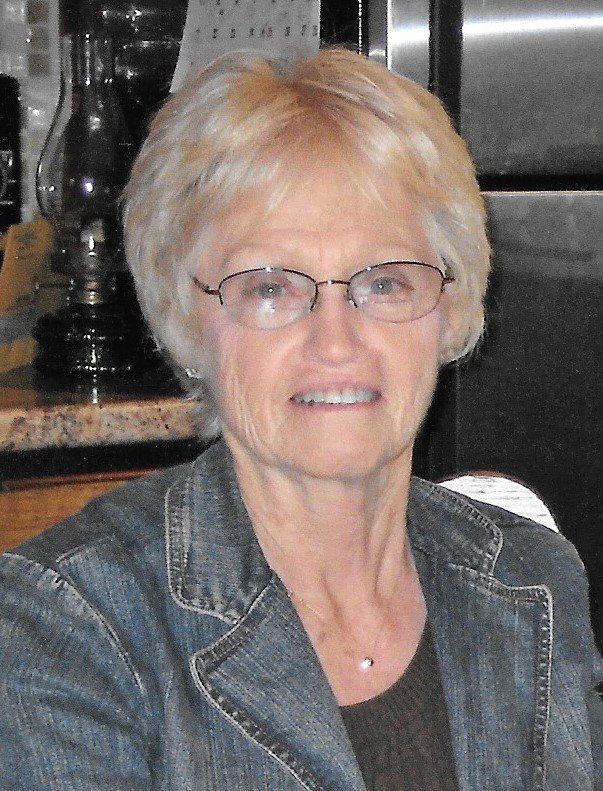 Joann M. Pesavento, 82, of Chicopee, Kansas passed away on Friday, July 15, 2022, at Ascension Via Christi hospital in Pittsburg, Kansas.

She was born Mar. 12, 1940, in Crawford County, Kansas the daughter of George and Maree (Sparks) Jameson. She attended Crawford Community High School in Cherokee, Kansas, graduating in 1958. On Nov. 16, 1960, she was united in marriage to Frank J. Pesavento at St. Barbara’s Catholic Church in Chicopee; he survives her of the home. Frank lovingly cared for Joann throughout her illness. She was always the love of his life.

After studying to become a cosmetologist, she operated a salon, Joann’s Beauty-Ette, at her home until her children were born. For the rest of her life, Joann was a proud and dedicated

were her family and friends. Joann was well-known among her friends for the delicious homemade meals she shared. She made decorated cakes for friends and family throughout the years, including her daughters’ wedding cakes.

Joann was a cherished, long-time friend to so many. One of the most optimistic people you would meet, she never worried about anything and encouraged others to live each day to the fullest. Her family always came first. She and Frank were their children and grandchildren’s biggest fans, attending events they were involved in and following them near and far to support them. She loved her grandchildren beyond measure. They will miss her warm hugs, gentle manner, and thoughtful gifts, always given from the heart.

Membership was held at Our Lady of Lourdes Catholic Church in Pittsburg. Prior to its closure,

Joann and Frank were members of St. Barbara’s Catholic Church in Chicopee where they sang in

the choir and helped to establish the Sunday Coffees. She was also a member of St. Barbara’s

Altar Society. Additionally, Joann worked for many years on the Crawford County election

board and inspired others in her dedication to annually collecting donations for the American Cancer Society.

Kaylee Perry; two sisters, her twin, Joyce Garritson of Pittsburg and Flora Maree Mason (Jim) of Wichita, Kansas. She was preceded in death by her parents, a sister, Anna Allen and two brothers, George Jameson, Jr., and John Jameson.

Catholic Church in Pittsburg with Fr. Jerome Spexhearth as celebrant. Parish rosary will be

6 p.m., Wednesday at the Bath-Naylor Funeral Home where the family will receive friends

following the rosary. In lieu of flowers, memorials may be made to the Lord’s Diner; these may

be left at or mailed to the funeral home. Condolences may be left at www.bathnalyor.com. Services are under the direction of the Bath-Naylor Funeral Home of Pittsburg.