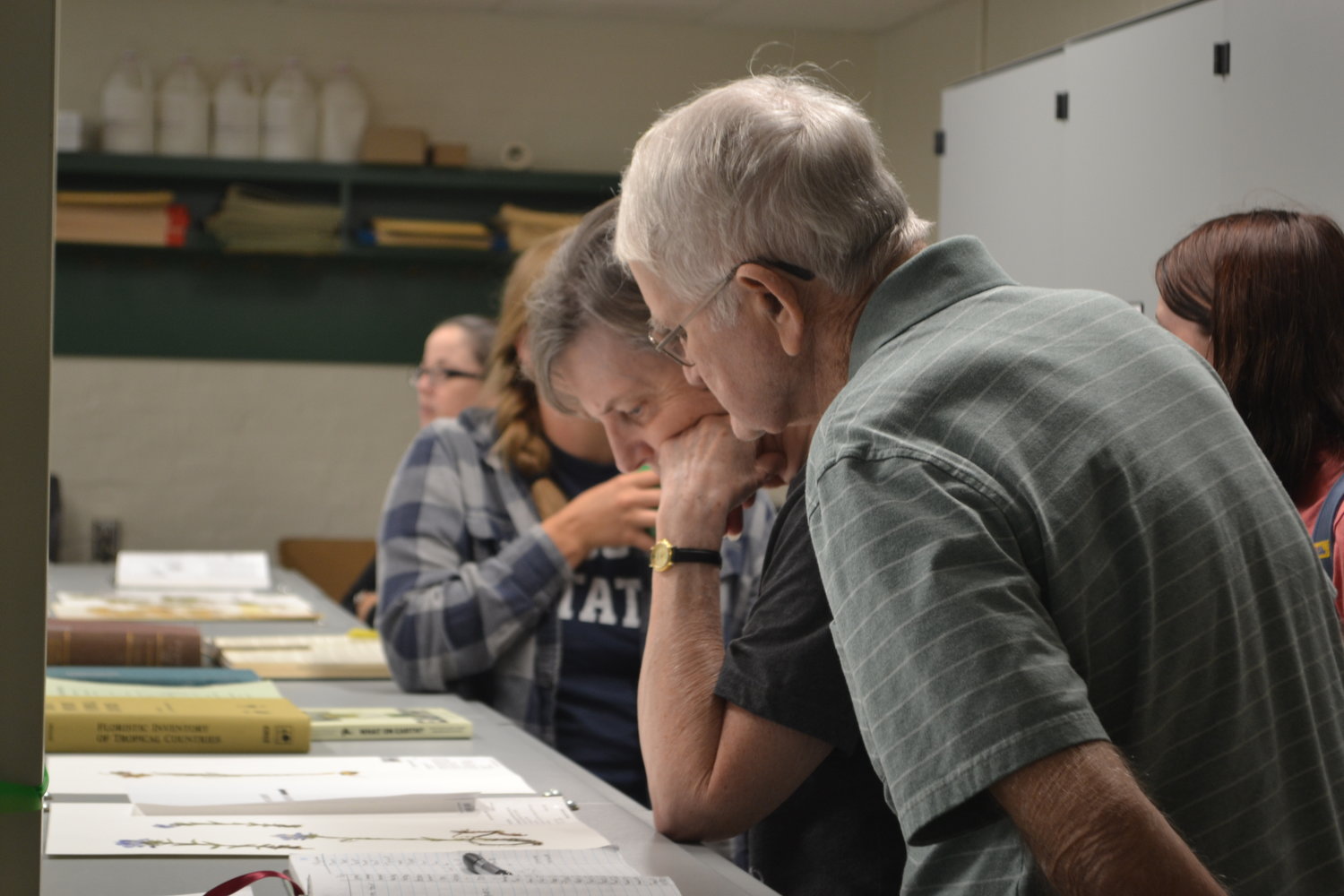 Local residents Diana Brooks, left, and Burl Brooks look at some of the featured plants during the Sperry Herbarium Open House in Hartman Hall at Pittsburg State University on Friday.
ANTJEA WOLFF / THE MORNING SUN
Posted Saturday, October 1, 2022 3:00 am
By Antjea Wolff / awolff@morningsun.net

The Sperry Herbarium was officially founded in 1946 and consists of a collection of preserved plant specimens as well as data from around the world over the years. The herbarium holds over 49,000 specimens currently from 48 of the U.S. states and 59 countries.

After completing a 10-minute presentation on the importance of an herbarium for college students as well as history, director of the biology department Dr. Neil Snow ushered attendees down the hall to the Sperry Herbarium in Room 212 of Hartman Hall. Attendees of the open house were able to see plant specimens on display as well as the room full of 77 new cabinets that house the specimens. The department was able to buy new cabinets with the help of a grant from the National Science Foundation. Dr. Snow said the cabinets they were using before were losing their ability to seal shut, as they were well over 40 years old.

The Sperry Herbarium was previously kept in Heckert-Wells Hall, but moved to Hartman Hall two years ago. Dr. Snow said that the administration of PSU has been supportive throughout the process of upgrading the herbarium.

“The administration understands the value of an herbarium to attract students and to provide the training that they need to enter the workforce,” Dr. Snow said. “And I think it just helps bolster the overall offerings and course offerings that we give to students and helps solidify their work. It’s been a win-win all around.”

Biology graduate student Michael Daines said he and Dr. Snow collected around 3,000 specimens in Idaho for his master's project.

“I find different plants I’ve never found before, that I personally have never seen before, and that’s always fun,” Daines said about what he enjoys about collecting plant specimens. “There’s also always the possibility to find something that nobody’s ever found before.”