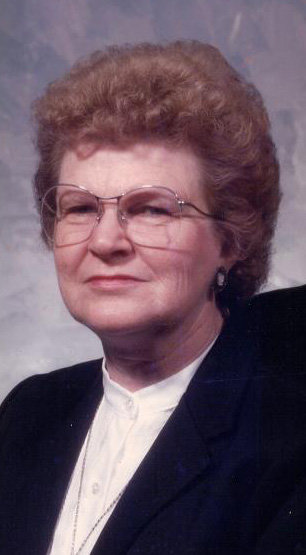 Harriett J. Kern, 94, of Joplin, Missouri, formerly of Girard, Kansas died on Thursday, May 26, 2022 at College View Manor in Joplin.

Harriett was born Sept. 29, 1927 in Treece, Kansas, the daughter of Ira and Agnes (Morrell) Black.  At an early age her family moved to Fulton, Kansas and she attended schools there.

Harriett worked at Midwest Minerals as a secretary and later at the Girard Medical Center as a medical transcriptionist.  She volunteered at St. John’s, now Mercy Hospital, in Joplin.

Harriett was a member of the United Methodist Church in Girard and she enjoyed her family, traveling, attending her granddaughter’s Quarter Horse shows, and Mirza Shrine functions.

Survivors include her son, Rodney A. Kern, and his wife, Sandy, of Burns, Tennessee, grandchildren and great-grandchildren.

In addition to her husband, Harriett was preceded in death by her daughter, Cheryl J. Kinnear, and her brother, Howard Black.

Friends may call after 2 p.m., Monday at the Smith-Carson-Wall Funeral Home in Girard, Kansas.

Memorials are suggested to the Mirza Transportation Fund and these may be left at the service or the Smith-Carson-Wall Funeral Home, 518 W St. John, Box 258, Girard, KS, 66743.

Condolences may be sent to www.wallfuneralservices.com