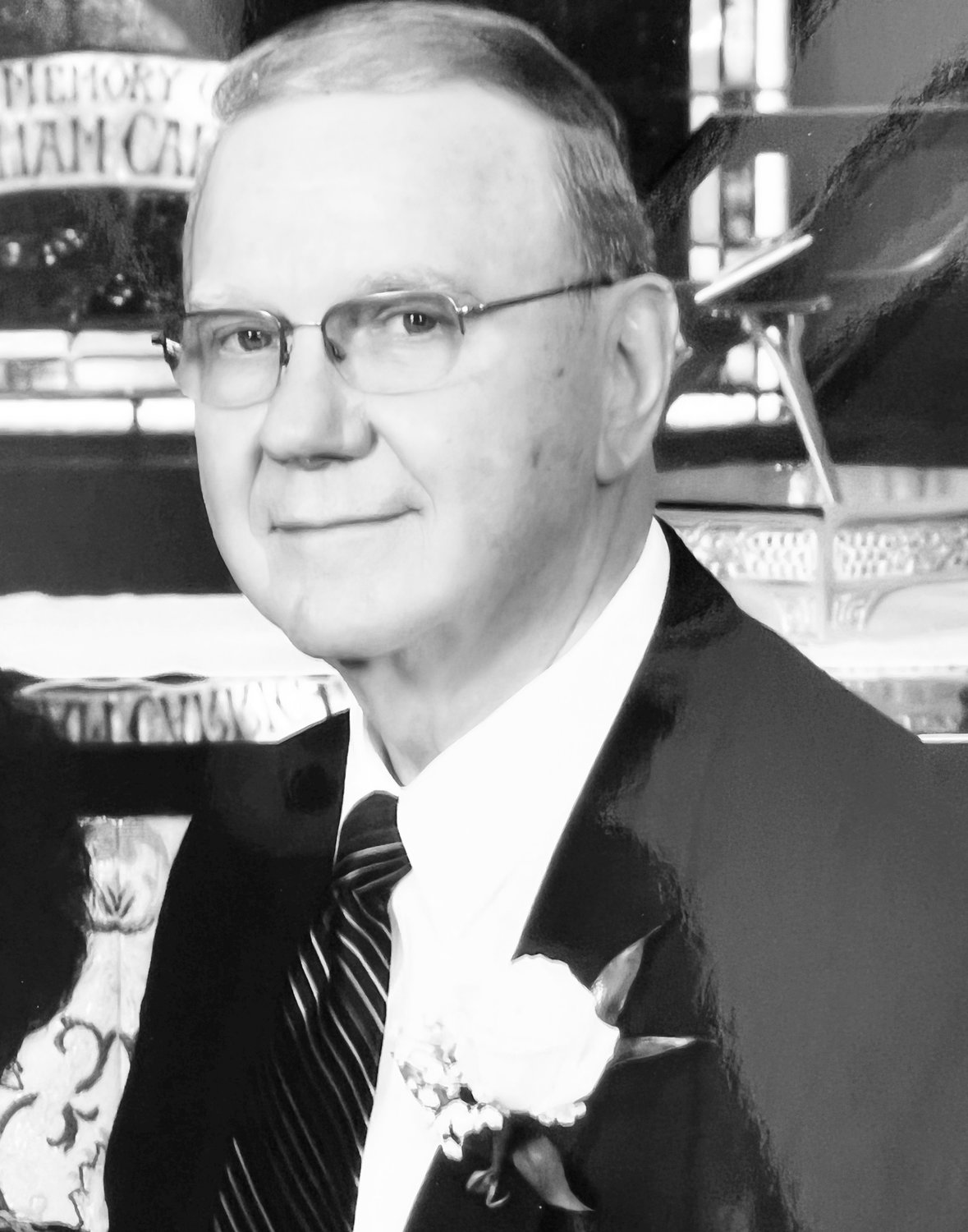 Benjamin "Steve" Lewis passed away Wednesday, Aug. 17, 2022, at Ascension Via Christi Village in Pittsburg, following a decline of his health over the past 14 months.

Steve was born June 24, 1939, in Weir, to Tom and Edna Margrave Lewis. His family later moved to Pittsburg, where he was raised as the youngest of a large family.

Steve was a 1957 graduate of Pittsburg High School. He was a standout athlete in basketball and track for the Dragons. He went on to graduate from Kansas State College of Pittsburg (now Pittsburg State University) in 1963 with a BS in Mathematics. While attending college, he was a proud member of the Army ROTC program. His life journey and professional accomplishments from there were remarkable. Upon college graduation, he entered the private sector with Phillips Petroleum in the emerging field of computer science. However, the United States government needed his expertise in wartime, and the young Lieutenant Lewis began active Army duty. With his analytical aptitudes, he was assigned to the Pentagon to work on special projects with a small team that designed the computer automation for the Army's global tactical movements monitoring and simulations room. This was the beginning of many years of his service to the federal government. While living in various locations on the east coast, his computer analyst and project management roles included working for the Defense Communications Agency supporting the Dept. of Defense; the Computer Sciences Corp., with which he planned, designed, and analyzed systems to track astronaut vital signs for NASA's Apollo program, including his direct involvement in Apollo 14, 15, and 16; the Department of Treasury; and the EPA. In 1969, he completed a Master's in Public Administration with an emphasis in Management Information Systems from the American University in Washington, DC, where he was offered an academic appointment. He eventually returned to the Midwest to be closer to extended family, and he retired from Phillips Petroleum in Bartlesville, Oklahoma, in 1992.

Steve married Carolyn Smith, but they later divorced. From this union, he had a daughter, Kim, and a son, Mike.

In the summer of 1987, Steve and widow Joan E. "Joanie" Prete Sullivan were set up by mutual friends and classmates to attend the Pittsburg High School class of 1957 reunion together. This was the beginning of an inseparable companionship and love, and they were married on June 24, 1988. They eventually called Pittsburg home again in retirement, and through their years together, they enjoyed gardening, including making a habitat for his beloved Eastern Bluebirds. They also traveled extensively, most often to Hilton Head Island, South Carolina, truly their home away from home that they introduced to dozens of family members and friends. Watching basketball was another of their favorite pastimes, especially the Jayhawks.

Steve was a faithful and loyal friend to those who had the pleasure of knowing him. He also had a passion for learning, achieving, and creating that he strived to pass on to the younger generations. For those that wish to honor him in memoriam, please send donations to the USD 250 Foundation, Steve and Joan E. Lewis Memorial Scholarship, 510 Deill St. Pittsburg, KS 66762.

According to Steve's wishes, he has been cremated. Private memorial services will be held on a future date. Arrangements are under the direction of Brenner Mortuary, 114 E. 4th St. Pittsburg, Kansas.