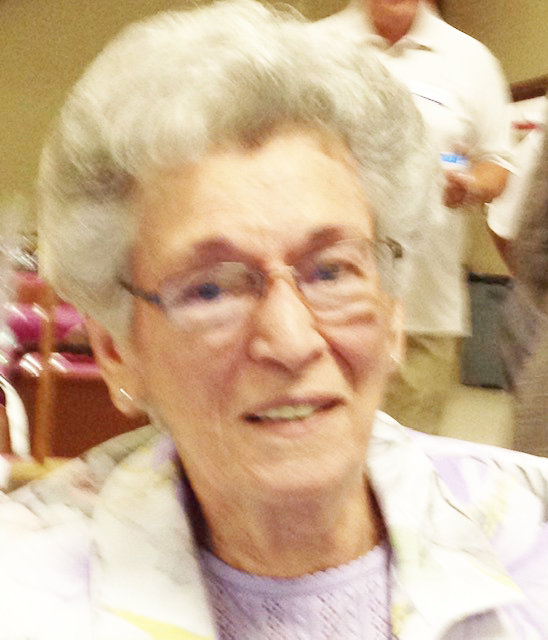 Born in Mulberry, Kansas on Nov. 2, 1921 to Domenic and Louisa (Cattaneo) Serena, Alba moved to Arma with her parents and younger sister Velma (Ciardullo) in 1930.  She graduated from the Arma High School in 1937 (and was the last surviving member of her graduating class).

Following high school, Alba first worked for Judge Andrew Curran as a legal secretary.  In 1942 she began a forty-two career at the First State Bank and Trust Company.  Starting as a stenographer to the president, she rose to the rank of vice-president.

Upon her retirement from the bank, she then served as the Arma City Treasurer for twenty-four years.

She married Geno Marchetti on June 18, 1946.  He preceded her in death on Feb. 13, 2012.  She was a life-long member of St. Joseph’s Catholic Church, Arma, St. Ann’s Altar Society and a charter member of the Lon Helm American Legion Auxiliary Post.

A Mass of Christian Burial will be at 10:30 a.m. Monday, July 25th, 2022, at the St. Joseph Catholic Church in Arma with Father Mike Klag as celebrant. The parish rosary will be prayed at 10 a.m. Monday at the church before the service. In lieu of flowers, a donation to the St. Ann’s Altar Society or the Lon Helm American Legion Auxiliary is suggested. Arrangements are under the direction of the Brenner Mortuary, 114 E. 4th St., Pittsburg, KS.